Sadly, cryogenics may be the key to saving the Great Barrier Reef (with video)

by Mihai Andrei
in Animals, Environmental Issues
A A

Scientists from the United States and Australia have teamed up in a desperate attempt to find new solutions to the Great Barrier Reef problem, which threatens to go beyond the point of no return. They are currently trying to save disappearing species by freezing coral eggs and sperm, so that instead of becoming extinct, species could be grown in a lab and then reintroduced into their natural habitat.

Scientists are now considering that cryogenics may be the last method of preserving species which are otherwise doomed, due to human activity and global warming. For decades, biologists have drawn attention about one of the world’s most valuable treasures being destroyed, but instead of slowing down, this destruction has accelerated even further. This is why scientists are forced to go for this last ditch tactic. 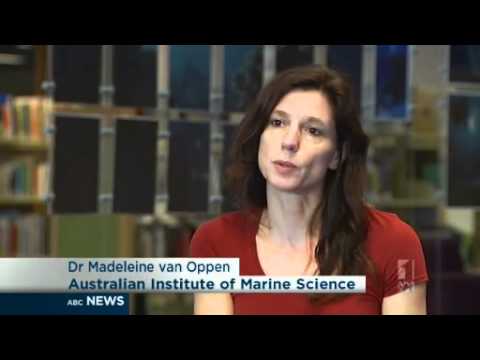 “If we were to use it right now, we have the ability to take the sperm, thaw it out, re-animate it and fertilize eggs and create sexually produced coral,” said Mary Hagedom, a scientist from the Smithsonian Institute.

Hundreds or even thousands of corals have been frozen by scientists in their attempt, and so far, the results seem quite promising. During this process, the eggs and sperm is frozen separately, and researchers are trying to prioritize which species are frozen first.

“It depends on a lot of factors, including whether a species lends itself to freezing. Some species survive the freezing process better than others,” said Madeline van Oppen, a scientist at the Australian Institute of Marine Science.

In parallel, researchers are trying to engineer some sort of super coral, which will be able to better survive rising sea temperatures, but this is still far from becoming a reality.