How we can really tackle global warming? “Cool It” (movie trailer) 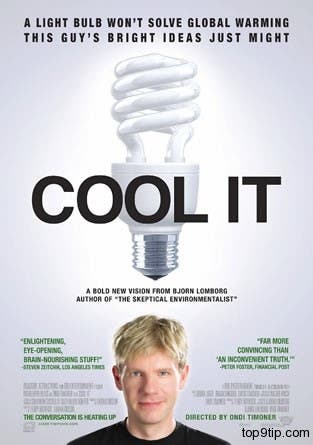 When Al Gore’s famous documentary film “An Inconvenient Truth” was released it was intended to sensify the public towards the impeding danger of global warming. What it did in turn was to sprout panic and institute panic worldwide by stating that only an immediate, draconian response will save our planet from almost certain doom. Of course, there were, and still are, a lot of people profiting from the wave of panic, implementing so called solutions to the crisis for a nice profit (we’re talking about billions).

A calmer attitude towards solving global warming arose a few years ago, when Bjorn Lomborg published his highly controversial The Skeptical Environmentalist, which argued that practical solutions which can actually drive meaningful global low-carbon output are necessary. His documentary film, “Cool It“, up for release in the near future argues that money spent on trying to limit carbon output would be better spent on investment in green technologies and geoengineering. Even if every home in the world would use green lightbulbs and all of us would drive a Toyota Prius the limited carbon output would still arise to cataclysmic levels. An optimist or a visionary, Lomborg seems very confident in the high-tech solutions presented in the documentary, and is definitely on my movies to watch list. The Ondi Timoner directed movie is currently enjoying a limited release in the US, but sure to be on the look out for the DVD version in the near future. Watch the trailer below.