by Tibi Puiu
in Environmental Issues, Green Living, Renewable Energy
Reading Time: 3 mins read
A A
Share on FacebookShare on TwitterSubmit to Reddit 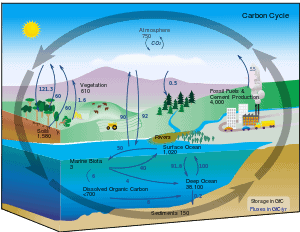 Hydrogen fuel has been eyeballed by scientists, as well as governments and energy corporations, for many years now as a potential alternative fuel source because of its incredibly high energy. It’s hard to imagine any other non-carbon fuel source capable of driving rockets or high velocity vehicles, like formula 1 sports cars. Besides it being unstable and difficult to extract, however, hydrogen isn’t all that clean to begin with. Sure it has zero emissions at the consumer’s end, but you still need a lot of input energy, typically obtained from burning fossil fuels, to get it out.

Researchers at the Lawrence Livermore National Laboratory recently unveiled a new method of removing and storing atmospheric carbon dioxide while generating carbon-negative hydrogen and producing alkalinity, which can be used in term to de-acidify oceans – an ever growing concern.

The easiest way of producing hydrogen is through electrolysis of water, however the process is still rather inefficient. The Lawrence Livermore method shines not necessarily through a refined hydrogen extraction, but rather in its ability to capture atmospheric carbon dioxide and release carbon-based products (carbonate and bicarbonate) capable of de-acidify oceans.

“We not only found a way to remove and store carbon dioxide from the atmosphere while producing valuable H2, we also suggest that we can help save marine ecosystems with this new technique,” said Greg Rau, an LLNL visiting scientist, senior scientist at UC Santa Cruz and lead author of a paper appearing this week (May 27) in the Proceedings of the National Academy of Sciences.

The whole method revolves around the idea that the water left over after we’ve squeezed out the hydrogen fuel is said to be an electrolyte solution with a very high affinity for atmospheric CO2, due to its elevated hydroxide concentration. Current methods of capturing atmospheric carbon, like the famous “artificial trees”, require large amounts of energy to function, which makes the process cumbersome. Again, what’s the point of capturing carbon, if you’re producing it at the input side? It’s clear then why the Lawrence Livermore carbon capture method is so appealing, this despite we’ve yet to see any actual numbers on efficiency and the likes. If their work is actually true to their findings, then this simple air/water interface might prove to be nothing short of a godsend.

The good news don’t stop here either. After absorbing CO2, the electrolyte solution becomes saturated with high pH-producing (alkali) molecules like carbonates and bicarbonates. These bases can then be dumped into the acidic water of the oceans and increase the pH towards a more balanced level. You see, not all of the CO2 goes into the atmosphere. In fact a large fraction of it, some 40%, is absorbed by the water in the oceans. The resulting acidification has dire consequences for marine wildlife, especially corals and shellfish.

“When powered by renewable electricity and consuming globally abundant minerals and saline solutions, such systems at scale might provide a relatively efficient, high-capacity means to consume and store excess atmospheric CO2 as environmentally beneficial seawater bicarbonate or carbonate,” Rau said. “But the process also would produce a carbon-negative ‘super green’ fuel or chemical feedstock in the form of hydrogen.”