“Shell knew.” The big oil company was aware of the effects of climate change since at least 1991

Shell was aware of what they called the "catastrophic effects of climate change." They chose not to act.

by Mihai Andrei
in Climate, News, World Problems
A A

A new, previously unreleased film has emerged, revealing that big oil company Shell was aware of what they called the “catastrophic effects of climate change.” 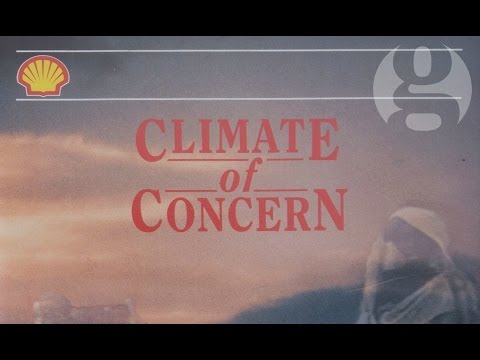 A snippet from the video. You can watch the whole thing below.

It’s not like oil companies are oblivious to the effects of their activity. Some of the world’s best geologists are working in corporations like Shell or Exxon — and these companies invest a lot in science. It’s just that they don’t always make their findings public and they don’t always act on what they find. After all, profit is a hard incentive to ignore.

The video has resurfaced thanks to research from Jelmer Mommers of the Dutch blog The Correspondent, after which it was picked up by Damian Carrington of the Guardian. The film, shot in 1991, paints our current situation with disturbing accuracy. It talks about the negative effects of fracking (which has since become a mainstream technology), increased floods, and the social change which will accompany the climate change. Shell’s 28-minute film is ominously called Climate of Concern, and was particularly aimed at schools and universities. However, it was never made public until now. 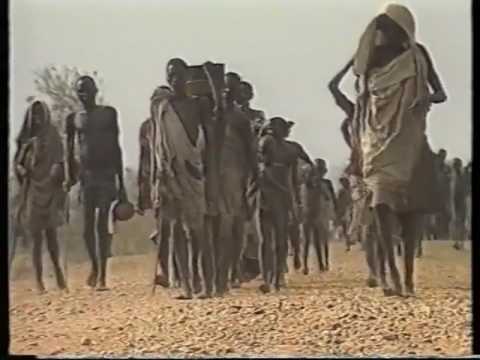 Ironically, it starts discussing the need for climate studies — something that the fossil fuel lobby is trying to sweep under the rug for years.

“Research of this kind is being stepped up worldwide. The need to understand the interplay of atmosphere and oceans has been given a new sense of urgency by the realization that our energy-consuming way of life may be causing climatic changes, with adverse consequences or us all.”

Does that sound familiar? It’s what researchers have been saying for years and years, with growing urgency. Yet the US just elected a president and an administration which promised to U-turn on all climate action. But it gets even better, as the video emphasizes the negative effects that everyone will suffer:

“If the weather machine were to be wound up to such new levels of energy, no country would remain unaffected,” it says. “Global warming is not yet certain, but many think that to wait for final proof would be irresponsible. Action now is seen as the only safe insurance.”

To top it all off, the film also lauds existing renewable energy sources — which in 1991, were much less efficient than the ones we have access to today.

“They knew. Shell told the public the truth about climate change in 1991 and they clearly never got round to telling their own board of directors,” said Tom Burke at the green thinktank E3G, who was a member of Shell’s external review committee from 2012-14 and has also advised BP and the mining giant Rio Tinto. “Shell’s behaviour now is risky for the climate but it is also risky for their shareholders. It is very difficult to explain why they are continuing to explore and develop high-cost reserves.”

Shell might try to say that have taken action against climate change. They could point to their call for a carbon tax, its carbon capture project in Alberta, even the renewable investments in the Netherlands and their new climate division. If I were Shell, I’d even say that I warned the world of climate change since the George Bush / Al Gore debates. These are all realities, and in a way, Shell could be considered the best of the worst — out of all the big oil companies, Shell has been one of the more proactive when it comes to climate change. But when you’re the best of the worst, you’re still one of the worst.
Although times are pretty grim for the oil industry, Shell can still boast profits of over $4 billion / year — most of which, of course, come from their core petroleum exploration business. But it’s not just that Shell continued with a ‘business as usual’ approach, even though they had a good idea global warming was happening.
The Dutch company used their powerful lobby to successfully undermine European renewable energy targets and is estimated to have spent $22m in 2015 lobbying against climate policies. Their investments in renewable energy have been peanuts compared to its fossil fuel investments, and this is happening now, more than 20 years after this film. Knowing comes with a responsibility, and Shell didn’t act on that responsibility.

It’s not like Shell was alone, they weren’t the only ones to figure out what was happening. As I was saying before, there are many good scientists working in oil companies — and Exxon could easily claim the top spot here. The largest private oil company and the third largest company in the world invests heavily into research. They’ve done so for decades, and it paid off… sort of. Exxon knew that climate change was happening since the 70s. A 2015 investigation showed that despite knowing about global warming years before it became a public issue, they chose to fund people to simply deny the problem instead of coming out publicly.

Exxon is currently under investigation by the US Securities and Exchange Commission and state attorney generals for allegedly misleading investors about the risks climate change posed to its business. Much like Shell, Exxon too chose to focus on profits instead of doing what was right. The strategy of the two companies is similar in the long run: make a whole lot of money, invest a small part of it into renewables or some sort of clean technology and have all your spokespeople say how “green” you are. Save your face. In the meantime, invest more of it into lobby to push forth your agenda. Keep pumping oil and making more money. It works, the oil industry arguably has a stronger voice than ever. Have you seen the new US Secretary of State? Meet Rex Tillerson, former CEO of ExxonMobil.