Oregon prepares for the larges wind farm in the world

by Mihai Andrei
in Climate, Home science
A A 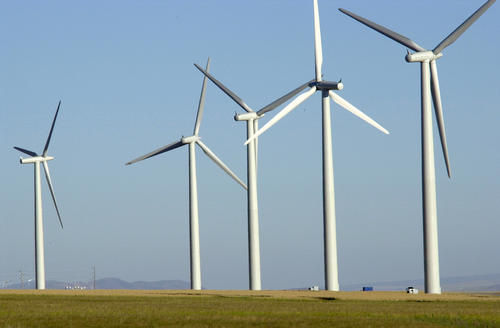 Renewable energy has found a considerable support in wind farms, as more and more people seem to be adopting this green and cheap solution as a better alternative towards traditional energy. For example, Samsø, an island near Denmark, gets all its energy from renewable sources; the huge number of wind farms in which are being built is also a good step, and it seems there are some good green news.It seems things are going bigger and faster, as Oregon has just received to approval to go ahead with the construction of a 909 MW wind farm which will produce enough power to sustain 200 000 houses. It’s going to be situated in the northern central part of the state.

The Shepherd’s Flat Wind Farm (as it is called) will contain 303 wind turbines and will double the amount of energy which the state will produce, and also will increase the local economy greatly, as a natural consequence. It’s also estimated that 300 new work places will be created, which are a good news too.

But it will be the largest wind farm for a relatively short period of time, as it’s going to be scheduled for 2010; if everything goes according to the wind farmers plan, T. Boone Pickens’ 4000 MW Texas wind farm will be completed in 2014.