The planet is still warming , and fast.

One of the most widely used arguments against man-made climate change used by scientifically literate skeptics is the so-called 1998-2013 hiatus. During this time, warming seemed to have stopped prompting some to assert that previously record warming was in fact natural, part of the planet’s climate cycle. Despite the global average temperature has jumped 0.7 degrees Celsius in the past century, roughly ten times faster than the average rate of ice-age-recovery warming, and despite record-breaking hot years one after another (2014, 2015, 2016 and by all estimates 2017 soon too), some are still convinced there’s nothing to worry about because, hey, we had a ‘hiatus’.

Then, in 2015, a landmark paper published by NOAA researchers led by Tom Karl showed that the global warming since 2000 has been grossly underestimated.  Karl et al made a convincing case that 18 years of ocean temperature data were skewed by the transition from ships to buoys. Sensors on ships recorded slightly warmer temperatures because water was piped through hot engine rooms before the temperature was measured, unlike buoys that directly tap into the ocean. Their correction showed no sign of hiatus. Moreover, the new NOAA records found twice as much warming in the ocean as the old NOAA records.

“In regards to sea surface temperature, scientists have shown that across the board, data collected from buoys are cooler than ship-based data,” said Dr. Thomas C. Peterson, principal scientist at NOAA’s National Centers for Environmental Information and one of the study’s authors said in statement. “In order to accurately compare ship measurements and buoy measurements over the long-term, they need to be compatible. Scientists have developed a method to correct the difference between ship and buoy measurements, and we are using this in our trend analysis.”

The findings proved extremely controversial in the public space, so much so that representatives from the U.S. Congress demanded access to private e-mails of researchers in a move that resembled a witch hunt. Rep. Lamar Smith (R-TX), the chairman of the House Committee on Science, Space, and Technology (ironic given he’s a climate change denier) issued a subpoena to NOAA in a bid to cause another ‘Climategate’. More on that episode in a previous article I wrote.

Kudos to NOAA scientists, however, who didn’t let themselves be intimidated. Now, their work is vindicated by a new paper published by a group from the University of York led by Zeke Hausfather. The new study published in Science Advances compared the old NOAA ERSSTv3b record, the new ERSSTv4 record, the Hadley Centre’s HadSST3 record, and the Japanese COBE-SST record, and concluded the 2015 NOAA paper was correct.

“It turns out that data from buoys, satellites, and Argo floats all largely agree with the new NOAA ocean temperature record. They show a strong cool bias in the old NOAA record and a modest, yet significant, cool bias in the Hadley record and the Japanese record. These results provide a strong independent validation of the controversial updates that NOAA made to their temperature record in 2015,” he added.

“Overall, these new instrumentally homogenous results support the view that the updated NOAA record is the most accurate composite estimate of global SST trends during the past two decades. Consequently, our work reinforces previous findings that the rate of recent warming had been underestimated,” according to a press release published by University of York, UK.

So, there you have it. There is no global warming hiatus and climate change deniers have no remotely scientific footing to support their position. Let’s all please concentrate on actually doing something about it now. 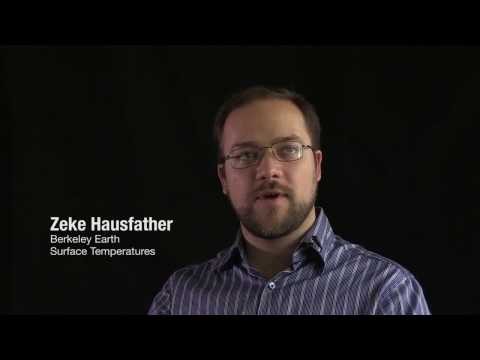