Rupert Murdoch, the media mogul who owns among other things Fox News, also known as the most despicable garbage journalism outlet in the whole world, bought National Geographic.

I’m just as bewildered by the news as you: Rupert Murdoch, the media mogul who owns among other things Fox News – also known as the most despicable garbage journalism outlet in the whole world – bought National Geographic. I’m just as surprised as anyone. What were the National Geographic chairmen thinking? 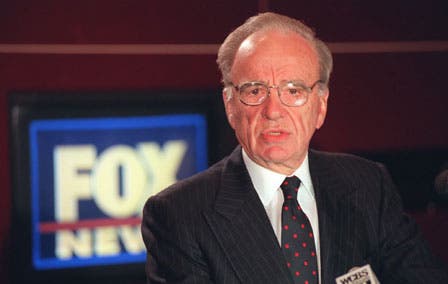 Apart from owning Fox, which is bad cred enough, Rupert Murdoch is also a self-professed climate change denier. In fact, his most successful venture – unsurprisingly, Fox – is also the leading global outlet tasked with spreading misinformation on global warming. “Climate change has been going on as long as the planet is here … Things are happening. How much of it are we doing, with emissions and so on? As far as Australia goes? Nothing in the overall picture. China perhaps.” Murdoch is a smart guy, but he’s deliberately spoon feeding us fallacies. Of course climate change has been going on since, well, ever. People died of natural causes in the past like they do today. It’s just that certain lifestyles kill some people faster than others. And some lifestyles lead to Holocaust. I suspect Murdoch knows this. After all, he’s not really a ‘climage change skeptic’.

In 2007, Murdoch said he plans his group to become the “first global media company to achieve carbon neutral”. He also said “climate change poses clear, catastrophic threats. We may not agree on the extent, but we certainly can’t afford the risk of inaction. The climate will not wait for us”. He even supported Obama of all people. Then, apparently he shifted.

“Why not switch from useless renewable energy investments to real job creating infrastructure projects. Many great possibilities waiting,” he wrote.

Is Murdoch really a skeptic convert? Neah, he has his own agenda. I bet he doesn’t even watch Fox News.

Luckily, Murdoch isn’t directly heading National Geographic. The new CEO is 20-year Nat Geo vet Declan Moore, while Gary Knell, president-CEO of the Society, will serve as the first chairman. Of course, National Geographic never risked turning into Fox. Murdoch didn’t want this when he bought it. What everybody fears at this point, however, is that the grants the National Geographic Society awards to climate and geo scientists might stop, or under an arbitrary manner.

There are some up sides to the deal, though. The capital will allow National Geographic to double its investment in its science, research, and education programs. Cash will also help create a center for high school students to study geography and the Centers of Excellence in Cartography, Journalism and Photography. All I hope is Murdoch won’t turn National Geographic into another rag.