What’s up with Steve: A new kind of aurora demystified by scientists

Few things compare to the dazzling light show performed by nature’s northern and southern lights — but they’re not alone. It was only in the past few years that a new type of aurora was found. Thanks to the watchful eye of citizen scientists and photographers, we can now add to programme an exquisite short-lived shimmering purple ribbon of plasma called Steve. Meanwhile, scientists have had time to carefully study the phenomenon in an attempt to learn what makes it tick. 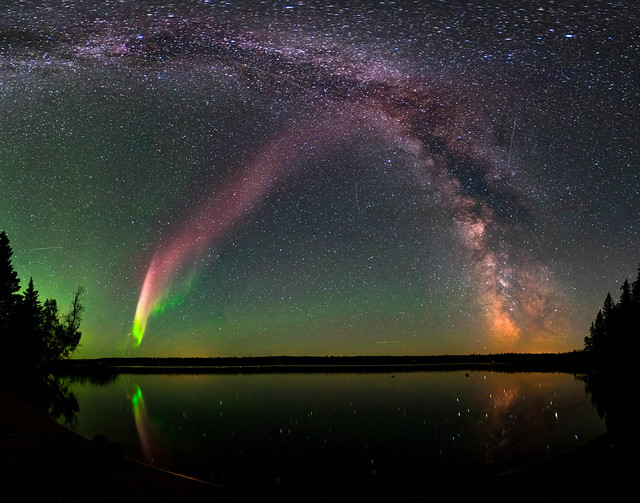 A band of dedicated Canadian aurora chasers was among the first who took pictures of Steve. The aurora feature was first posted on the Facebook group Alberta Aurora Chasers in 2016 and, initially, most thought they were looking at a ‘proton arc’ — another rare type of aurora, which isn’t caused by electrons hitting Earth’s magnetic field but by more massive protons following a solar flare.

Eric Donovan from the University of Calgary was one of the first scientists who probed Steve, a 25 to 30 kilometer (15 to 18 miles) wide arc that aligns east-west and can extend over hundreds of miles. He recognized that this wasn’t a proton arc for a number of reasons, including the fact that a proton aurora is hardly visible.

Donovan called some colleagues, and soon enough people like Elizabeth MacDonald, a space physicist at NASA Goddard Space Flight Center in Greenbelt, Maryland, sent ESA’s Swarm magnetic field mission through Steve. Swarm is a constellation of satellites tasked with studying Earth’s magnetic field. The instruments recorded accelerated and heated charged particles coming from the sun, which physicists found that they interact with a particular part of the Earth’s magnetic field in the ionosphere. So, rather than a proton arc, Macdonald and colleagues associate Steve with a so-called “subauroral ion drift,” they wrote in a new paper published in Science Advances on Wednesday. This occurs 60 degrees above the equator, where the global electric and magnetic fields align, making ions and electrons fly rapidly from east to west.

These rather rare auroras last only an hour and must coincide with space weather, specifically an ejection of charged particles from the sun. And instead of red, green, or yellow auroras shaped in mesmerizing curtains, Steve forms a ribbon across the sky that looks purplish in color. Sometimes, as some lucky photographers found, Steve also features small green picket fence-like arcs.

Most recently, Steve has been sighted in Scotland, from near Oban in Argyll and Gairloch in Wester Ross. Other places where Steve has been spotted so far include the UK, Canada, Alaska, northern US states, and New Zealand.

To legitimize Steve in academia, the researchers also found a clever backronym for Steve: Strong Thermal Emission Velocity Enhancement. Originally, the people who first discovered the new aurora called it Steve in honor of the children’s movie Over the Hedge, in which a character arbitrarily conjures up the name Steve to describe an object he’s not sure about.

NASA is now calling on citizen scientists and photographers to help research Steve by reporting any sightings to the Aurorasaurus project. If you live in the right latitude, this might be your chance to make a huge contribution to science.

“Because this is a new way of observing a phenomenon linked to space, it provides a new way to study it,” Vassilis Angelopoulos, a space physicist at UCLA not involved in the study, told National Geographic. “Citizen scientists can also be involved in triangulating them and determining their altitudes.