Past decade saw unprecedented warming in the deep ocean

From the 1950s, and especially from 1975, the global surface ocean has shown a significant and steady warming trend. However, since 2004, that warming seemed to stall. Researchers measuring the Earth’s total energy budget (the energy coming in from the Sun and the radiated heat) and they noticed that more heat was coming in then going out; but if the oceans weren’t warming, then where did the heat go? 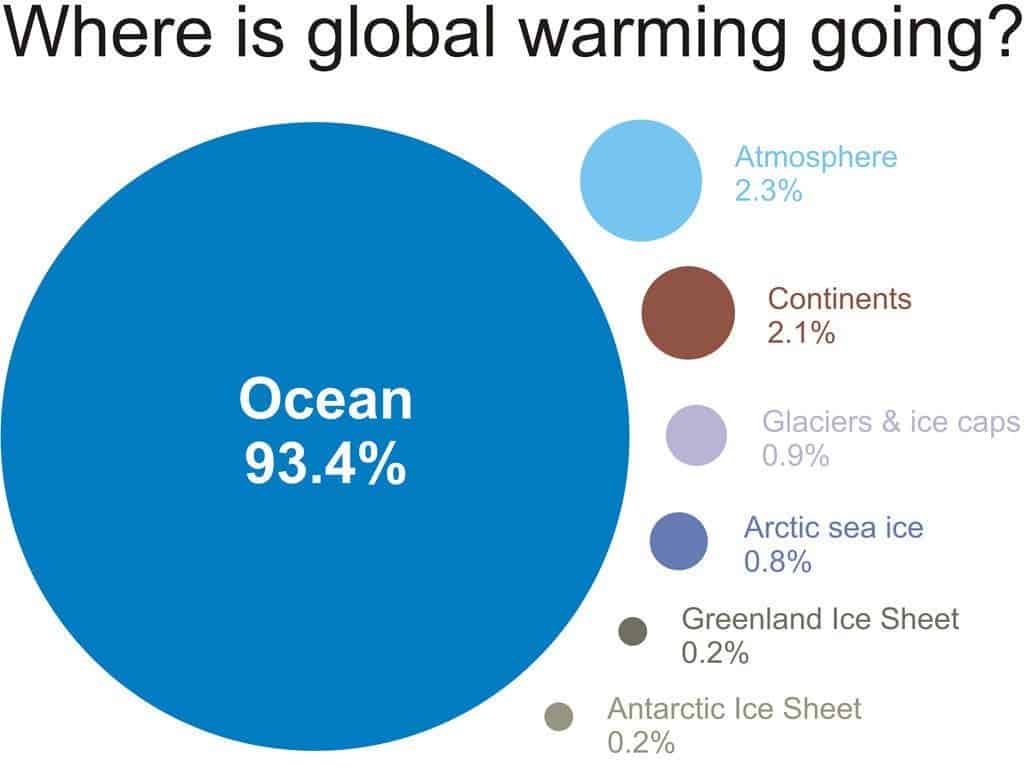 A case of the missing heat

This was one of the main arguments of “climate change deniers”; the oceans aren’t warming, so everything’s ok, right? As usual, this kind of shallow thinking was wrong.

Magdalena Balmaseda and her team have conducted a series of ocean heat analysis, and their research was published in Geophysical Research Letters. They showed that while the shallow global waters, up to 700 meters had a constant temperature from 2004, the deep ocean was heating at an unprecedented rate.

This is not the first time it was suggested that the deep ocean was paying the price for anthropogenic global warming. In 2011, Kevin Trenberth from the National Center for Atmospheric Research presented more or less the same results, suggesting that extra energy entered the oceans, with deeper layers absorbing a disproportionate amount of heat due to changes in oceanic circulation (full article here).

Global warming is bad enough as it is – we see its effects more and more: drought, water shortage, change of seasons, sea level rise, and oh so many more. But why is the deep ocean so significant?

First of all, oceans are host to the largest biodiversity on our planet – by far. We may have mapped all but a sliver of Earth’s landmass, but the oceans are still mostly a mystery. Also, the difference in temperature between the deep ocean and the shallower dramatically affects the thermohaline circulation – the main driver of the global oceanic currents. Any change in the temperature will cause a change in the circulation, which can have dramatic, very hard to predict events.

Still, one thing’s for sure – this will not go without consequences.