by Tibi Puiu
in Environment, Environmental Issues, Pollution, Studies
Reading Time: 2 mins read
A A
Share on FacebookShare on TwitterSubmit to Reddit 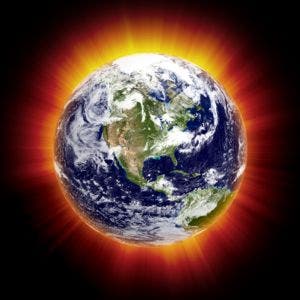 In the past decade global warming levels have remained stable, despite no significant improvements in green house emissions have been observed. A lot of explanations have been hypothesized by scientists as to why this is happening, offering various factors like aerosol deflection of radiation or soot absorption, however according to a recently released report by scientists at the National Center for Atmospheric Research (NCAR), global warming has been put at a halt by deep oceans.

Despite the fact that satellite measurements show a discrepancy between incoming sunshine and outgoing radiation from Earth actually increased in the past years, variations in temperature in the air is insignificant. This has caused scientists to wonder where this missing heat has been going for all these years. Part of the study to pinpoint where the majority of this missing heating has been absorbed, scientists ran complicated computer simulations which eventually suggested that the heat’s to be found in ocean layers deeper than 1,000 feet. The computer models, which took into account complex interactions between the atmosphere, land, oceans and sea ice, predicted that temperatures would rise by several degrees during this century, but with hiatus periods interrupting the increase.

“We will see global warming go through hiatus periods in the future,” says NCAR’s Gerald Meehl, lead author of the study. “However, these periods would likely last only about a decade or so, and warming would then resume. This study illustrates one reason why global temperatures do not simply rise in a straight line.”

“This study suggests the missing energy has indeed been buried in the ocean,” said Kevin Trenberth, a study author and NCAR scientist. “The heat has not disappeared and so it cannot be ignored. It must have consequences.”

During these hiatus periods, simulations showed that extra energy entered the oceans, with deeper layers absorbing a disproportionate amount of heat due to changes in oceanic circulation. A pattern has been observed as well: sea-surface temperatures decreased across the tropical Pacific, while increasing in the higher latitudes, during hiatus period. Interestingly enough the pattern very much resembles that of La Niña event.

The study is of particular importance since it shows that global warming is not actually decreasing, but gets absorbed by the world’s oceans, fact which certainly won’t be without consequences.