by Mihai Andrei
in Climate, Environment, World Problems
Reading Time: 3 mins read
A A
Share on FacebookShare on TwitterSubmit to Reddit

Arctic ice, a key indicator for global climate status, has reached another record low, lower than in computer estimates, hinting at a major disaster.

Researchers from the U.S. National Snow and Ice Data Center announced reached its lowest point on September 16, when it will cover approximately 1.32 million square miles (3.42 million square km) of the Arctic Ocean – the least since satellite records began 33 years ago. However, it might go even lower in days to come, depending on changing weather conditions. A final analysis is expected next month.

“We are now in uncharted territory,” Mark Serreze, the center’s director, said in a statement. “While we’ve long known that as the planet warms up, changes would be seen first and be most pronounced in the Arctic, few of us were prepared for how rapidly the changes would actually occur.”

“What happens in the Arctic doesn’t stay in the Arctic,” said Dan Lashof, a climate scientist at the nonprofit Natural Resources Defense Council. “This has a real impact on Americans where they live and work.”

Global warming – beyond our control? 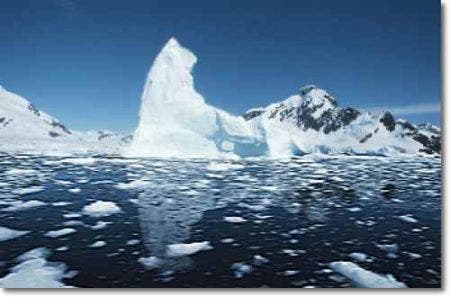 The situation truly seems dire; one of the leading authorities in the world, Prof Peter Wadhams of Cambridge University calls for urgent measures, predicting the collapse of the Arctic sea ice in summer months within four years. The amplitude of this disaster would bring consequences more dire than even the pessimists would have expected.

“At first this didn’t [get] noticed; the summer ice limits slowly shrank back, at a rate which suggested that the ice would last another 50 years or so. But in the end the summer melt overtook the winter growth such that the entire ice sheet melts or breaks up during the summer months. This collapse, I predicted would occur in 2015-16 at which time the summer Arctic (August to September) would become ice-free. The final collapse towards that state is now happening and will probably be complete by those dates”, he details.

“That is a truly staggering rate of melting, far beyond what scientists thought would happen a few years ago,” Bob Ward of the London School of Economics and Political Science said in a statement. “Policy-makers need to wake up to the scale and pace of the impacts from climate change.”

Recent climate models suggest the Arctic could be ice-free by 2050, but usually, these climate models tend to be optimistic, often unable to comprise the full extent of the damage. Wadhams says the implications are “terrible”.

“The positives are increased possibility of Arctic transport, increased access to Arctic offshore oil and gas resources. The main negative is an acceleration of global warming. As the sea ice retreats in summer the ocean warms up (to 7C in 2011) and this warms the seabed too. The continental shelves of the Arctic are composed of offshore permafrost, frozen sediment left over from the last ice age. As the water warms the permafrost melts and releases huge quantities of trapped methane, a very powerful greenhouse gas so this will give a big boost to global warming.”