Arctic foxes threatened by red ones

by Mihai Andrei
in Other, World Problems
ADVERTISEMENT 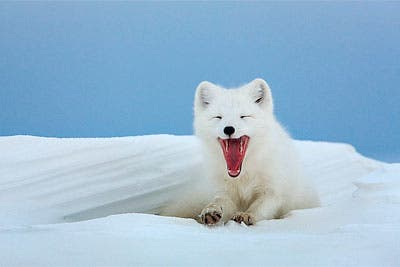 “We were surprised to meet a red fox in our study area on the Russian Arctic tundra because this species is very rare in such northern territories,” explained researcher Anna Rodnikova.

Cornered by rising temperatures, threatened by humans, with less and less food available each month, arctic foxes now have to face an expanding population of red foxes. If things continue to develop in this way, it hurts me to say it, but there isn’t much of a future for them.

“Most likely climate warming allows red foxes to survive in severe northern conditions, so [they] have an opportunity to expand their range to the North where they dominate over Arctic foxes.”