As if SeaWorld didn’t have enough press with the shocking Blackfish documentary, a document released by Buzzfeed reveals that the marine park gives its whales psychoactive drugs and anti-depressants. According to the Ontario Superior Court of Justice affidavit, SeaWorld’s whale trainers give the animals benzodiazepine, which has a valium-like effect on the mammals. 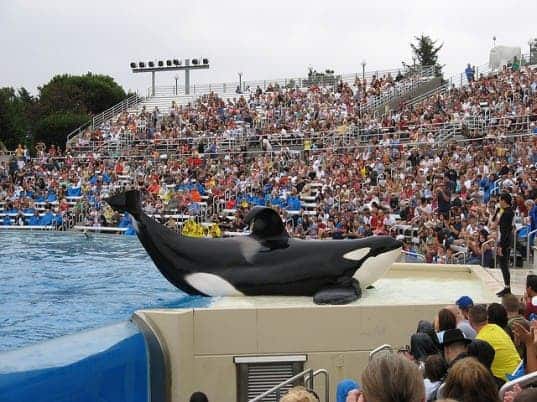 The document originated from a legal dispute between SeaWorld and rival company Marineland over the transport of a prized killer whale. In the statement it is said that benzodiazepine is similar in effect to Valium and Xanax – something which was linked to mental issues for the orcas. This was also documented in Blackfish. But how dangerous is this substance really?

Jared Goodman, Director of Animal Law at PETA said the document would be detrimental to SeaWorld.

“The veterinary records show that orcas at SeaWorld are given psychotropic drugs to stop them from acting aggressively towards each other in the stressful, frustrating conditions in which they’re confined instead of funding the development of coastal sanctuaries – the only humane solution,” Goodman said.

“Benzodiazepines are sometimes used in veterinary medicine for the care and treatment of animals, both domestic and in a zoological setting. These medications can be used for sedation for medical procedures, premedication prior to general anesthesia, and for the control of seizures. The use of benzodiazepines is regulated, and these medications are only prescribed to animals by a veterinarian. Their use for cetacean healthcare, including killer whales, is limited, infrequent, and only as clinically indicated based on the assessment of the attending veterinarian. There is no higher priority for SeaWorld than the health and well-being of the animals in its care.”

It’s important to try to remain objective here – we shouldn’t raise our pitchforks and go against SeaWorld… or at least we should wait before doing that. I for one, dislike this concept, which is basically an aquatic circus; you have marine animals which you are basically training to do tricks for human amusement – nothing more, nothing less. It’s pretty safe to say that these animals are not happy with this type of life, and if you add in antidepressants, you get a pretty grim picture.

Blackfish is a 2013 documentary directed by Gabriela Cowperthwaite – it focuses on the captivity of Tilikum, a killer whale involved in the deaths of three individuals, and the consequences of keeping killer whales in captivity. The coverage of Tilikum includes his capture in 1983 off the coast of Iceland, purported harassment by fellow captive whales at Sealand of the Pacific, incidents that Cowperthwaite argues contributed to the whale’s aggression. The documentary received rave reviews, and for good reason – it is an aggressive, impassioned documentary that will change the way you look at performance killer whales.