The Garden of Eel: the out of this world, mildly disturbing feeding pattern of garden eels

It's no nightmare -- just nature. And it's actually beautiful!

by Tibi Puiu
in Animals, Videos
A A

Atlantic Garden Eels, or Garden Eels as they’re sometimes called, are some of the most appreciated animals at display in aquariums all over the world. People are stunned by their beauty, but also their odd behavior. Often times, you’ll see these eels ‘sit’ upright, with their tails partially buried in the sand. They have the ability to fully retract into their hole but they generally expose most of their body length in order to catch zooplankton that drifts by with the current. 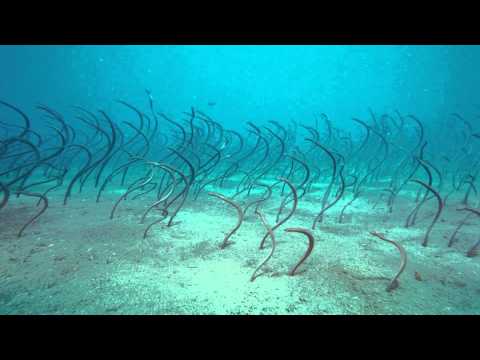 In the wild, Garden Eels live in colonies that can comprise thousands of individuals. Each eel has its own spot and digs its own hole — they look like plants sprouting from the ocean floor, hence the name. It’s then only a matter of farming plankton. In fact, these animals rarely leave their burrows and get frightened easily which makes them very difficult to capture.

It works wonderfully for them, but for us humans the scenery looks absolutely surreal. Is this a nightmare? Are these actually zoomed-in strands of hair? Really, if I didn’t know this is actual camera footage I’d be tempted to say this is all computer generated — but it’s not. Nature is just so amazing!

Be sure to check this last video which takes ‘snake charming’ to a whole new level. 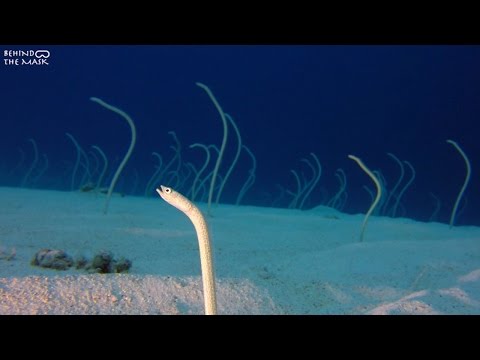