You’ve seen goats climb rocks, houses, cliffs or even this dam in Italy.

But have you ever seen goats climb trees? In Morrocco, this is a very common occurrence. You see, in most parts of the world where you’ll find goats, their food is usually right under their hoofs. In and around the Atlas Mountains, though, grazing pastures are patchy — here and there. So, goats have learned to make the best of anything they could get their adorable hoofs and snouts on, even if that means being perched high up in the trees.

This is not only nice for goats but for the trees themselves too. According to a recent study in the journal Frontiers in Ecology and the Environment by Spanish researchers who wanted to learn whether domesticated goats benefit argan trees (Argania spinosa).

Goats in Southern Morrocco will often climb 30-foot-trees in search for food, in this case, acorn-sized argan seeds. Even as much as three-quarters of their time is spent in the argan trees during the autumn days when vegetation is scarce. The team wanted to know if the goats help in any way with seed dispersal.

It’s well established that many animals spread the seed of various trees and plants by excreting seeds. This is how all sorts of plant species end up on islands, for instance, after some bird pooped them out even after hundreds of miles. The argan seed, however, is way too big and shouldn’t make it intact out of a goat’s digestive tract.

But precisely because the seeds are so large, they can be a nuisance for the goat.  Instead, the researchers chronicled the goats as they spit the seeds out. Like cows and other ruminants, a goat has multiple stomachs. So, what a Moroccan goat does is it will regurgitate the argan seeds from the first stomach and chew on it some more. During this process, the goats will often spit out some of the argan seeds, sometimes days after first ingesting them. Some seeds are spit very far from the parent tree too, the team found.

Argan farming is the main source of revenue for many rural Moroccans. Some successful farmers will use some of their profits to buy more goats as is the custom, which is aptly given part of that success is predicated on the goats’ ability to disperse the argan seeds and help more trees grow. Ironically, though, if there are too many goats, no new argan forests will appear since the animals eat all the baby trees. This is something many farmers should be more mindful of. And they’re not the only ones either. The main takeaway, not just for you the reader but for many working scientists too, is to look beyond the dung.

“In conclusion, many previous studies that investigated the role of ruminants as seed dispersers were based exclusively on dung analyses and may have underestimated an important fraction of the total number of dispersed seeds. Moreover, this fraction of seeds should correspond to plant species with particular fruit and seed traits (eg large linear dimensions) differing from those of plant species dispersed exclusively or mostly through defecation,” the team wrote in their paper.

“Importantly, the seeds of some species are unlikely to survive passage through the ruminant lower digestive tract so that spitting from the cud may represent their only, or at least their main, dispersal mechanism. It is therefore essential to investigate the effectiveness of this overlooked mechanism of seed dispersal in various habitats and systems,” the Spanish scientists concluded. 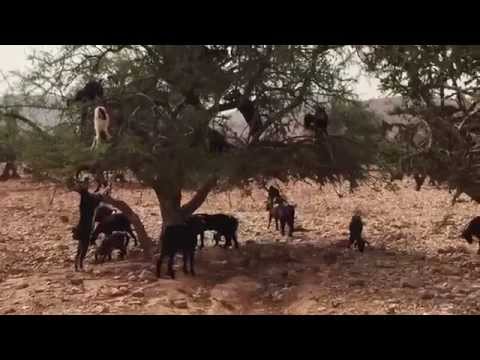