by Mihai Andrei
in Astrophysics, Space, Telescopes
Reading Time: 4 mins read
A A
Share on FacebookShare on TwitterSubmit to Reddit

The universe is expanding – fast. Researchers had a pretty good idea how fast, but now, they measured in even greater detail: it is expanding at a rate of 74.3 plus or minus 2.1 kilometers (46.2 plus or minus 1.3 miles) per second per megaparsec (a megaparsec being about 3 million light-years). Hard to wrap your head around it? Don’t worry, I’m gonna go explain how it all works, in layman terms.

The Hubble constant and the Doppler effect 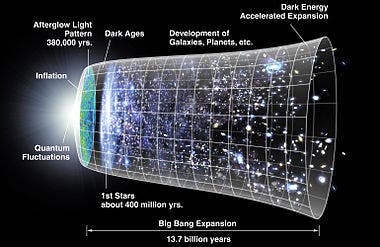 The fact that the Universe is expanding faster and faster came as quite a shock to most of the scientific world in the 1990s, earning the 2011 Nobel prize. I mean, you’d expect it to be slowing down, since there shouldn’t be any force to provide the acceleration, right? Well, that’s not how it works. The acceleration of objects moving away from each other in an expanding universe is not the sort of acceleration which can be associated with a force as in Newton’s Second Law, which bounds together force, mass and acceleration.

This is where it gets a little tricky, but only at a first glance; the thing is, when you look at something which is moving relative to you, the light’s wave frequency changes. This frequency change is called the Doppler effect, or the Doppler shift, and it can be observed and calculated. The thing is, we notice this effect when analyzing any object in the deep space, and it seems that all objects in the Universe are drifting apart from each other, at a speed proportional with distance. So the further you are from something, the more you will move away from it – this is the Universe expanding.

So how do you measure it? If you were a cosmic god of some sort, you could just take your cosmic god ruler, measure the distance between two points, wait a while, and then measure it again. Of course, since we’ve yet to find one of those, we have to employ different methods. Instead, we use an effect associated with this move – cosmic redshift. Cosmic redshift is what happens when light seen coming from an object that is moving away is proportionally increased in wavelength, and it is attributable to the Doppler effect. Using it, we can calculate, now with an uncertainty of just 3 percent, the rate at which the Universe is expanding – now we’re getting somewhere. 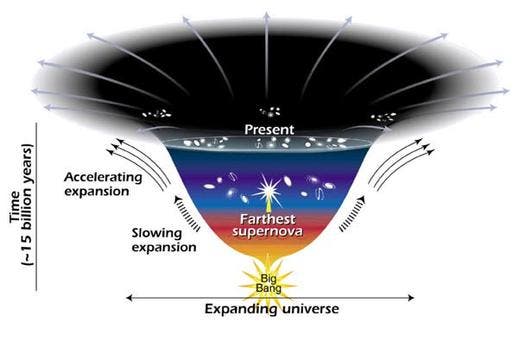 So what the first paragraph means is that two things at a distance of a mega parsec (roughly 3 million light years) will depart at a speed of about 74 kilometers per second, due to the Universal expansion. The 3 percent uncertainty is absolutely spectacular, considering how the second best measurement had an uncertainty 3 times larger.

“Just over a decade ago, using the words ‘precision’ and ‘cosmology’ in the same sentence was not possible, and the size and age of the universe was not known to better than a factor of two,” Wendy Freedman of the Observatories of the Carnegie Institution for Science in Pasadena, Calif., said in a statement. “Now we are talking about accuracies of a few percent. It is quite extraordinary.”

If you’ve paid attention, you’ve probably noticed I avoided tackling an aspect: just why is the Universe expanding faster? Well, scientists have called whatever is making the Universe spread apart dark energy; but they don’t really know what dark energy is – it’s just a hypothetical form of energy that permeates all of space and accelerates universal expansion. This dark energy must be pretty strong stuff, since it fights against gravity trying to bind all things together and still manages to push things further.

By combining the new value of the Hubble Constant with observations of the universe by NASA’s Wilkinson Microwave Anisotropy Probe (WMAP), astrophysicists managed to make a good estimate of just how powerful dark energy really is.

“This is a huge puzzle,” Freedman said. “It’s exciting that we were able to use Spitzer to tackle fundamental problems in cosmology: the precise rate at which the universe is expanding at the current time, as well as measuring the amount of dark energy in the universe from another angle.”

Calculations and interpretations are still being made, but given how fast things move in this field, we’ll probably be able to take on that question, as well as many other fundamental ones. We’ll keep you posted.