by Tibi Puiu
in Science, Space
Reading Time: 4 mins read
A A
Share on FacebookShare on TwitterSubmit to Reddit 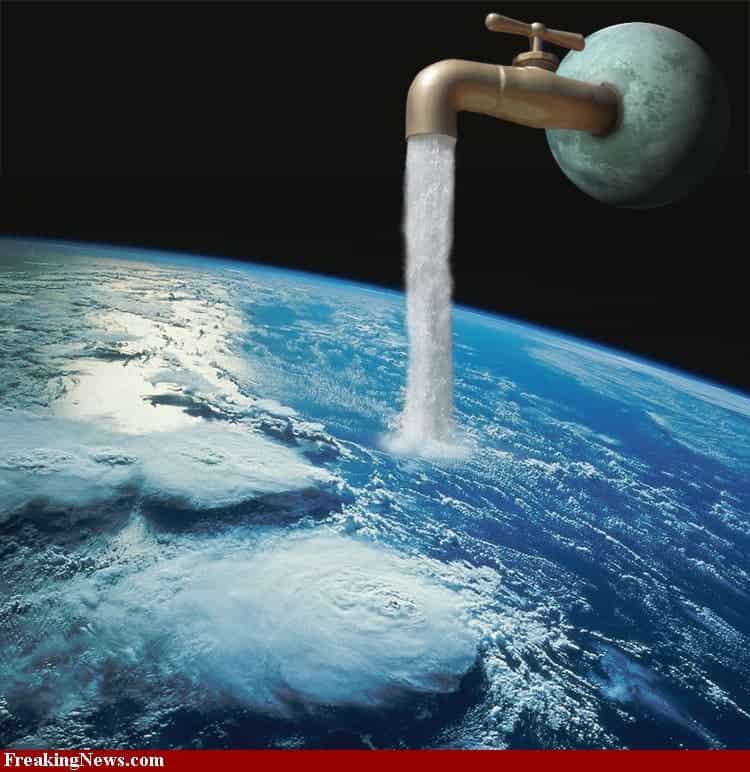 Two years ago, NASA’s LCROSS probe was looking for signs of water when it smashed into Cabeus crater at the moon’s south pole. It turned out to be one of those incredible fail moments, since not only did researchers found there was water from the data transmitted back, but that the surface was actually wetter than the Sahara Desert. One billion gallons of water to be more exact, which is downright amazing!

A recently publish research, shows an even more remarkable find, if you can imagine, which re-analyzes sediments brought back by the Apollo 17. What researchers found is 100 times more water in the beads than has been measured before, and suggests that the Moon once held a Caribbean Sea-sized volume of water.

This new evidence casts a serious shadow against the dominant moon formation theory, which stipulates that the moon was formed as it coalesced from pieces of the early Earth blasted into space by a collision with a Mars-size object billions of years ago. The massive energy produced by such a titanic impact would have baked the water out of the bits that became the moon, but this doesn’t seem to be case.

“If our samples are representative of the entire moon, this is basically the best way to calculate how much water’s on the moon,”  Carnegie Institution’s Erik Hauri, the study’s lead author, said. “And what are the chances that the first seven samples look like Earth?”

This doesn’t mean that the currently prevailing moon formation theory is entirely debunked, instead  scientists have come up with a variants to the theory. They believe, in the light of these recent findings, that the impact with that said Mars-sized object yielded either much higher or much lower energies.  If the moon impact was cooler, then some material including water wasn’t molten and was locked in the lunar interior. If there was more energy, then the rocks boiled and created a temporary atmosphere, Hauri said. While the atmosphere would have been dense and short-lived, it might have allowed the still-forming Earth and moon to exchange water.

“You really would not expect, based on what we know about this model, to have any water present in the moon at all,” Hauri said. “The fact that these (samples) have terrestrial levels of water is really a stunner.”

“The presence of water tells you how much potential it has to sustain life,” he went on to continue.

Researchers analyzed pieces called melt inclusions, found in samples brought home from the time of the Apollo 17 mission, which are minuscule globules of lunar magma encased within solid crystals. This magma is considered to have been formed from volcanic events, much like those on Earth, which would have boiled off much of the water that they contained.  The real epiphany struck scientists when the team found a veritable time capsule among the  crystal samples.

“What we’ve done now is find samples of magma that are present as ‘inclusions’ that are trapped inside solid crystals called olivine,” explained Erik Hauri, a geochemist from the Carnegie Institution and lead author of the new research.

“Because this magma is trapped inside a crystal, during an eruption it can’t lose its water, so these melt inclusions preserve the original water content of the magma,” he told BBC News.

Amazingly enough, the melt inclusions, elementary to this study’s  remarkable discovery, were found by Thomas Weinreich, at the time only a freshman at Brown University, who spotted some while poring over the Apollo 17 samples.

“A kid a year out of high school found these for us,” Hauri told Space.com. “That was pretty amazing in and of itself.”

Scientists need to further dwell into research for a more conclusive moon formation theory to be elaborated, which most likely means that a sample-return mission to figure out where the surface water actually came from will be required, Hauri said.

“If we had a little of that water back on Earth, we could do some measurements on it that would be able to tell pretty quickly what the origin of that stuff is,” Hauri said.

The study  has been reported in Science Mag.