Baby squid to be sacrificed into outer space … for science !

by Mihai Andrei
in Biology, Space
Reading Time: 2 mins read
A A
Share on FacebookShare on TwitterSubmit to Reddit

The stage seems finally set for the Endeavour launch that was delayed so long, and aside from the usual crew, the space shuttle will carry with it an unexpected passenger: a baby squid.

All for the sake of science 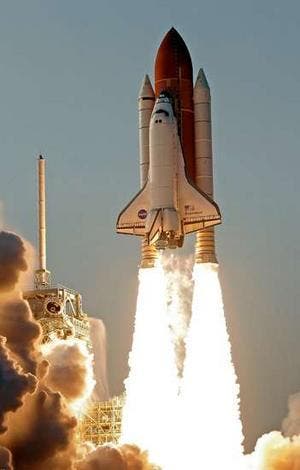 No, it’s not because astronauts have changed their menu, and it’s not just for the laughs – the squid can help us understand how “good” bacteria act in micro gravity; researchers already know that diseases microbes become more and more virulent and thrive in microgravity, so they want to see how is affects bacteria which benefits the host.

In 2006 Salmonella bacteria were also sent on a space shuttle, and when they returned, they were three times more likely to kill mice. Esterichia coli also changes behaviour in the same conditions. But all these studies have focused on harmful bacteria, so researchers want to know what will happen to bacteria that “happily” coexist with the host; as professor Jamie Foster of the University of Florida in Gainesville puts it: “Do good bacteria go bad?”. 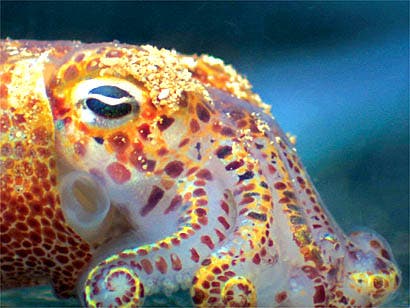 Squids are part of a group of animals called cephalopods, which are quite intelligent; but even though they’re quite smart, they haven’t really made it up to space travel – at least not until now. This bobtails squid (Euprymna scolopes) carries a cargo of bacteria called Vibrio fischeri, which colonise the squid right after it is hatched, and make headquarters from its internal organs. They then use the squid’s energy, the bacteria generates light, which ensures that the squid doesn’t cast a downwards visible shadow, which helps them.

This is a classic example of mutualism, with both species benefitting from each other; mutualism is extremely present in human bodies, to the point where there are more bacterial cells in the human body than human ones (about ten times more). However, in this case, thousands of species are involved instead of one, which makes human bodies just too complex.

The experiment, in this case, is extremely simple: newly hatched squids that have not been in contact with the bacteria will follow Endeavour into outer space. After 14 hours, the astronauts will infect the squid with the bacteria, and after another 28 hours, they will kill the squid and fix it solid, afterwhich it will be brought back to earth for examination. Pretty much a sad ending for the squids, and I feel for them. But, Foster and his team decided it’s worth it, in order to understand how beneficial microbes do affect astronauts.