We’re entering a new era in terms of low orbit space flight, ladies and gents. SpaceX successfully launched the first in a dozen planned missions to supply the International Space Station, after it successfully tested its Dragon capsule and Falcon rocket earlier this year. 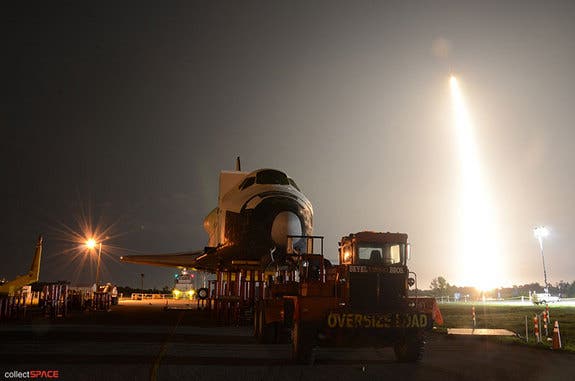 Thirty years ago, a private company launching shuttles to the ISS would have been a comic book subject and nothing more. But SpaceX, the company owned by the brilliantly ambitious Elon Musk, managed to do just that, managing to begin its first true operation after the test in May. This is becomes even more important when put into perspective: the US shut down its space shuttle program so it now has to rely on private enterprises to carry cargo to and from the inhabited satellite.

“We are right where we need to be at this stage in the mission,” SpaceX chief Elon Musk, the PayPal and Tesla Motors founder, said in a statement. “We still have a lot of work to do, of course, as we guide Dragon’s approach to the space station. But the launch was an unqualified success.”

After some initial hassle in the first test, SpaceX seems to be doing just great. Dragon will attach itself to the ISS on Wednesday, where it will hang around for two weeks before unzipping and returning to Earth. It is currently the only shuttle on Earth capable of shipping such big amounts of supplies, which include station hardware and scientific materials. It is estimated that the cargo is worth about $1.6 billion, and hopefully, the shuttle will be able to carry humans in the near future.