SpaceX’s Elon Musk meets up with NASA leader [with video]

by Mihai Andrei
in Space flight
A A

Billionaire entrepreneur Elon Musk, founder of SpaceX, the biggest private space flight company and so far the only one who managed to fly to the International Space Station teams up with NASA chief Charles Bolden in a Google+ “hangout” today to discuss this weekend’s planned launch trip to the ISS.

SpaceX is set to launch a a Falcon 9 rocket topped with an unmanned Dragon space capsule on Sunday night (Oct. 7); the mission will last three days and deliver 500 kg of supplies to the space station. Today’s Google+ Hangout begins at 1 p.m. EDT (1700 GMT) and will last about a half-hour.

Elon Musk, who founded SpaceX in 2002, and Bolden “will talk about the flight, which will be the first of 12 contracted for NASA by SpaceX to resupply the space station,” NASA officials said. This weekend’s launch is regarded as the true beginning of commercial space flight, thus fulfilling one of Musk’s long standing dreams. Musk wasn’t overconfident, saying the flight “should be viewed as an early mission, which it is.” Here’s a video of the hangout: 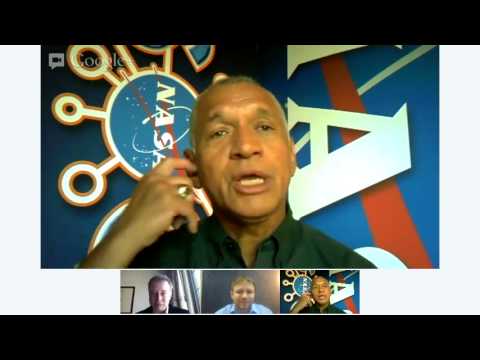