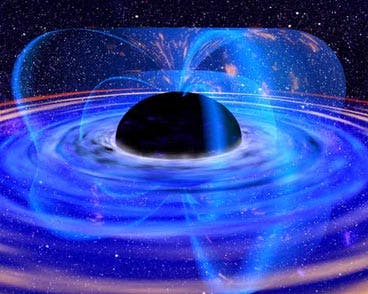 An international team worked on this research, which relied on detecting X-rays coming from cosmic sources, the astronomers were able to identify a specific X-ray pattern – nicknamed a “heartbeat” – that indicates that a black hole is present in a binary system with the ordinary star. This familiar heartbeat pattern is caused by regulated cycles of matter accumulation of matter.

As the stellar mas, which comprises mostly of gas, circles the event horizon (point of no return) it is heated up to temperatures of millions of degrees, which causes X-rays to be emitted in the process. According to astronomers’ calculations, this (relatively) small black hole is located somewhere between 15.000 and 56.000 light years away from Earth.

The black hole is only three times the size of the Sun, which makes it one just barely big enough to form a black hole – something which our star doesn’t have enough mass for. Astrophysicists are convinced black holes hold answers to some of the most puzzling questions about our Universe, so studying them, especially extremely large or small ones could hold very valuable information.