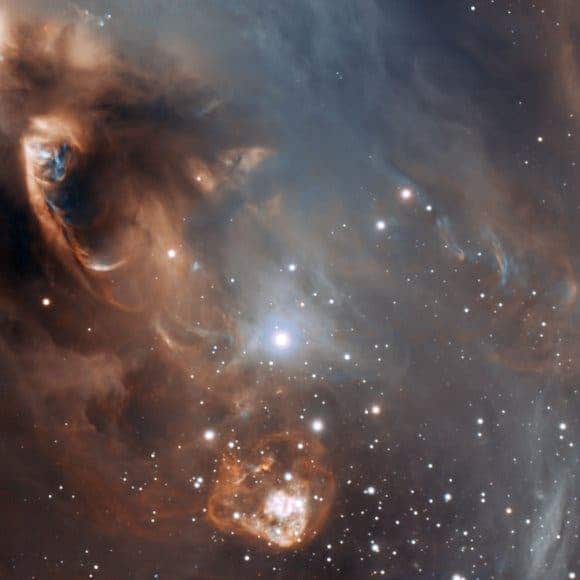 The process of starbirth is a beautiful yet violent one; newborn stars spew material into the surrounding gas, creating surreal photos, often with glowing bulbs, arcs or streaks. This kind of picture is always spectacular, and ESO’s Very Large Telescope (VLT) managed to catch quite a few of them on camera, delighting astronomers and the general public as well. This new image, released today, was taken in NGC 6729, a nearby star-forming region in the constellation Corona Australis.

This area is a stellar nursery, one of the ones which are closest to us, and therefore one of the most studied. This image was selected from the ESO archive by Sergey Stepanenko, as part of the Hidden Treasures competition. The 2010 competition gave amateur astronomers the opportunity to search through ESO’s archives in the hope that a few gems that need polishing would be found, and Stepanenko’s picture rated third, as Igor Chelakin claimed both the first and second prize, with some absolutely stunning pictures (here and here). 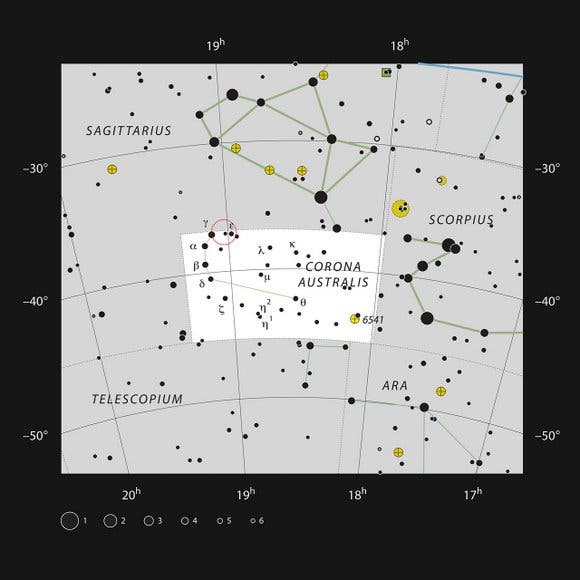 The first stages of star development cannot be observed in visible light telescopes, because they eject so much dust, but although you cannot see them, you can see the havoc they wreaked. 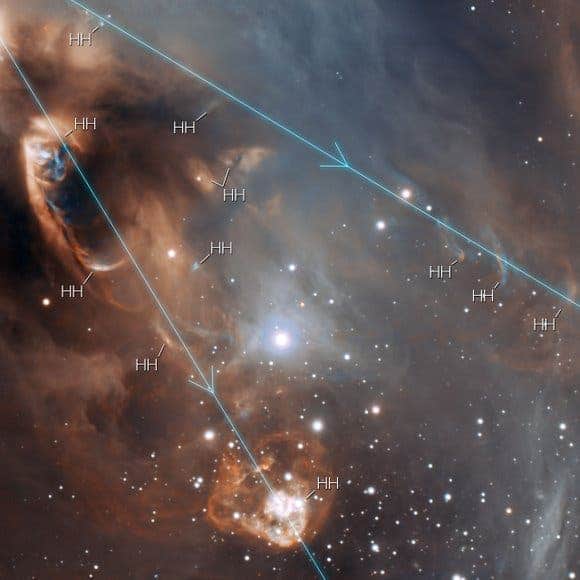 In this picture, you can easily see the Herbig Haro objects showcasing the two probable lines of material ejection. The different colours reflect different star forming conditions, for example glowing hydrogen is orange, ionized sulphur is blue, and understanding the processes that led to this image can help astronomers unravel what is happening in this hectic part of space.