The Curiosity rover on Mars sent a pair of mosaics assembled from dozens of telephoto images that show Mount Sharp in all its splendor. 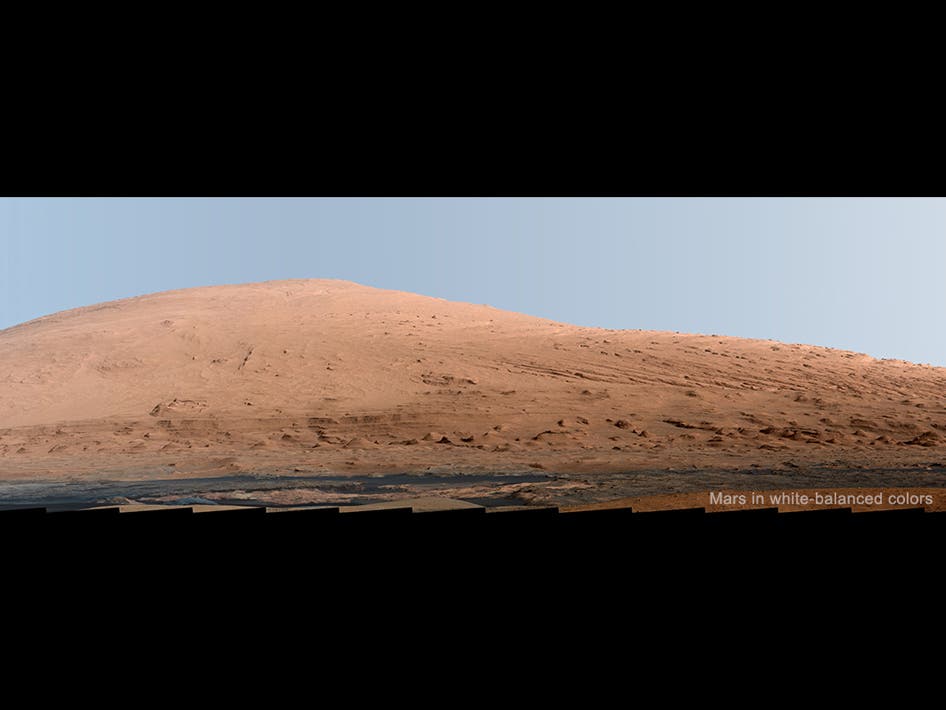 Mount Sharp (also called Aeolis Mons) is 5.5 km high; mount Everest, which is over 8.8 km above sea level, is only 4.6 km base-to-peak. Lower slopes of Mount Sharp remain a destination for Curiosity, though the rover will first spend many more weeks around a location called “Yellowknife Bay,” where it has found evidence of a past environment favorable for microbial life.

The above picture has been white-balanced to show the terrain as if under Earthlike lighting, making the sky overly blue. This kind of picture is not only pretty and made for visual impact, but it also helps geologists understand the rocks from their terrestrial experience.