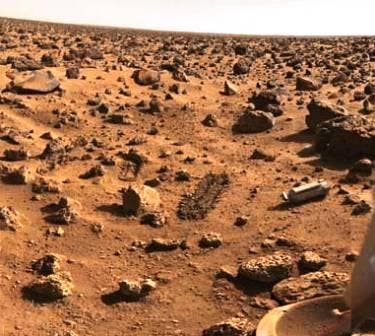 After months of anticipation, three death defying astronauts set foot on Mars; well, actually, in a dark sand-filled room designed specifically to simulate walking on Mars. The explorers make up half of the team behind the Mars500 mission, a project started with the goal of showcasing the psychological effects a walk on the red planet would have.

Starting since June 2010, six men have been living in isolation in a “spaceship” in Russia, conducting experiments and doing maintenance work, just the kind of things they would do if they really were on a trip to our solar system neighbour. They also tried to avoid boredom, sometimes by playing Rock Band, other times by reading the complete work of Gabriel Garcia Marquez (a laudable initiative, in my opinion). The crew is made up entirely of volunteers, with no real space life experience, but all with useful skills, for example engineering or medicine.

All the conditions were thought to mimic those of a real space voyage, even the radio communications were delayed to simulate the lag between Mars and Earth, and they had to take care of themselves in case of an illness. Now, after 250 days of “space travel”, they have finally reached their destination.

The ship entered the Mars orbit on the 1st of February, and three crew members entered a different compartment, to simulate a lander. Everything went according to plan, and they “landed” on Mars just yesterday. Today, they opened the hatch and walked on Mars for the first time in the history of humanity. So here it is, ladies and gentlemen, the first walk on the red planet: