Another audacious claim from quite possibly the boldest man on Earth. 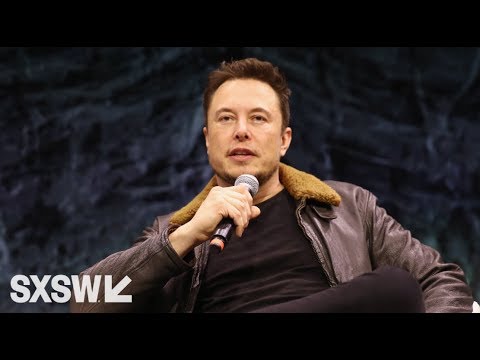 During a surprise Q&A session at the 2018 South by Southwest festival in Austin, Texas, famed entrepreneur Elon Musk made another audacious claim. He reckons that test flights for SpaceX’s “Big Falcon Rocket” (BFR) spaceship designed to ferry the first colonists to Mars could happen as early as the first half of 2019. BFR will not launch for Mars during this time but rather launch for near-Earth orbit to test propulsion and other vital systems.

“I think we’ll be able to do short flights, up and down flights, some time in the first half of next year,” he told an audience at the South by South West (SXSW) festival in Austin, Texas.

The BFR concept was first unveiled in 2016 and later refined in September 2017, when Musk affirmed passengers will be able to make “most long distance trips” in just 30 minutes and go “anywhere on Earth in under an hour.” All for the price of an economy airline ticket to boot. Yes, Musk is no stranger to flabbergasting goals. To his credit, sometimes he delivers even though all odds seem stacked against him.

The BFR system, powered by 42 Raptor engines, will be partially reusable and capable of carrying up to 100 people or so in a pressurized passenger space that’s larger than in an Airbus A380 airplane. BFR consists of a 190-foot (58-meter) tall booster for its first stage, and a 157-foot (48-meter) tall spaceship that also doubles as a second stage. The second stage is currently not designed to be recoverable. Besides people, the launch system will be capable of ferrying cargo across the globe or to and from the International Space Station. Being capable of launching satellites, BFR will also become an important contributor to the company’s bottom line.

First and foremost, however, BFR is all about getting people to Mars, where Musk hopes to eventually settle a one-million-people colony. At the SXSW panel, Musk said a Martian colony is paramount to human civilization. The SpaceX founder said the Martian colony will act as a backup for when, not if,  World War III begins on Earth. “I think it’s unlikely that we will never have another world war,” Musk said. “This has been our pattern in the past,” he added rather gloomily.

Not wanting to appear too detached from reality, Musk admitted having rather optimistic timelines. “Sometimes my timelines are a little… y’know.” Regardless, Musk says once SpaceX proves BFR works, other companies and countries could follow. And that’s when the real progress might be made towards the lofty goal of settling a huge colony on Mars within our generation.

“We’ll start off building the most elementary of infrastructure: just a base to create propellant, a power station, glass domes in which to grow crops, all of the sort of fundamentals without which you would not survive,” Musk said of SpaceX’s near-term Mars goals. “Then there’s going to be an explosion of entrepreneurial opportunity, because Mars will need everything from iron foundries to pizza joints.”

Musk did not address all the practicalities of how such a colony will be raised and how its colonists might survive there for years and years. Instead, he simply added that the first colonists will have their work cut out for them.

“For the people who go to Mars, it’ll be far more dangerous. It kind of reads like Shackleton’s ad for Antarctic explorers. ‘Difficult, dangerous, good chance you’ll die. Excitement for those who survive.’ That kind of thing,” the entrepreneur warned.

“There’s already people who want to go in the beginning. There will be some for whom the excitement of exploration and the next frontier exceeds the danger,” Musk continued.

Musk ventured a bit into the realms of interplanetary politics, asserting that the first Martian colony will likely be a direct democracy, where people vote directly on issues. The United States is a representative democracy where citizens vote for representatives to pass laws for them (a President and members of Congress).