These people want to go to Mars – and never come back

Ever since 2010, I’ve been telling you about a group of scientists and investors which wants to send people to Mars – on a one way trip, that is. But in early 2013, this took a huge step forward, materializing in the form of Mars One – a non-profit organization that plans to establish a permanent human colony on Mars by 2023.

Since they started receiving applications, they’ve received over 165.000 of them – and that’s not really surprising, considering that they asked for people over 18, with a strong knowledge of English, and the only attributes required are adaptability, curiosity, ability to trust, creativity and resourcefulness.

A few dozens of these aspiring Martians got together in Washington for the “Million Martian Meeting.” A panel of four applicants answered questions from the audience about why they want to go to Mars without a return ticket. So who wants to go to Mars anyway? 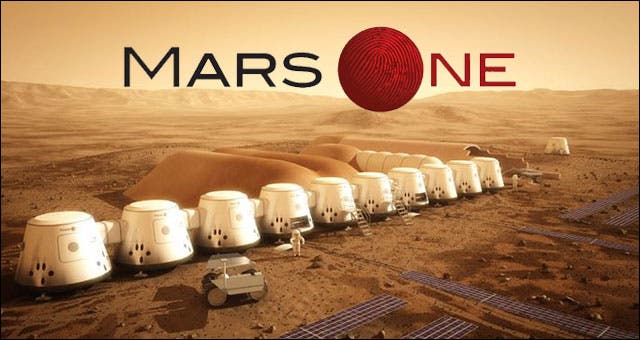 Aaron Hamm, 29, is a hotel manager, but going to Mars is “literally something I’ve wanted forever,” he said at the meeting.

Leila Zucker, 45, is a married emergency room doctor. “Since I was a little kid, all I wanted was to be a doctor and travel in space,” Zucker said in her application video. She even composed a song about her goal: “We’re about to take off for the Red Planet Mars because Mars One leads the way to the stars,” she sang at the meeting. 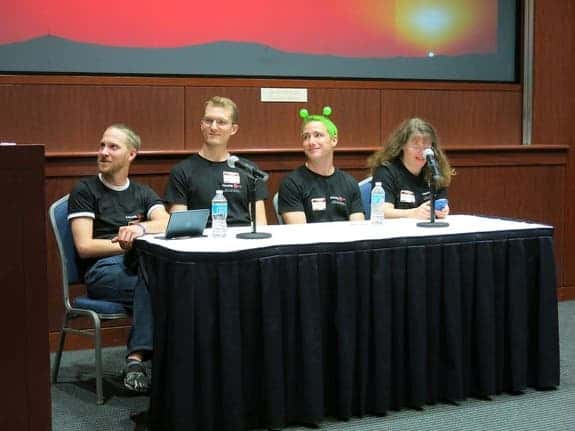 Ok…Austin Bradley, 32, is a physics student and former imagery analyst and paratrooper for the U.S. army. He’s the one with the green hair and the antennae – but he claims his ambition is serious.

“I always wanted to apply for NASA,” he said, but now he sees Mars One as his ticket to space.

This mission, though not impossible by any standards, seems a little shaky from the start. Just the fact that you’re taking people with no (or minimum) experience, training them, then there’s the launch, the six month travel time, the landing… it seems pretty hard to do; and that’s even before they have to start living on the Red Planet!

They participants were asked exaclty what kind of risks they were willing to take – personally, I found their answers pretty shocking.

“As long as there’s a small possibility to do something great, I think it’s worth the risk,” he said., Sweeney said, admitting he would go even with a 1 in 100 chance of living for 2 years.

Zucker said she would take a 50-50 chance of surviving two years, or a 1-in-100 chance for surviving 20 years. Bradley and Hamm said they can cope with small chances as well.

“It was always a one-way trip,” Bradley said.

So what do you think? Would you sign up for such a deal?

Tags: life on marsmars one