The financial problems for NASA continue to deepen, as the Obama budget slashes another $226 million from the US space agency’s Mars exploration program, relying on a possible but uncertain partnership with Europe; and this is not the worst news. The biggest budget cuts are aimed at robotic exploration. The budget stated that “support for robotic exploration of Mars is reduced following the launch in 2012 of the multi-billion dollars Mars Science Laboratory” (Curiosity rover, aimed for Mars in August). 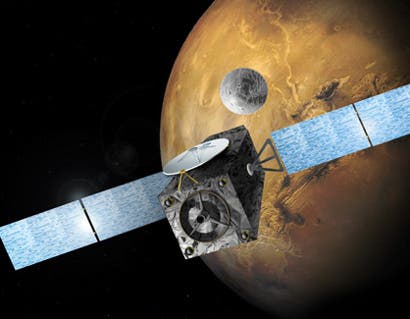 While the budget did not specifically say or hint that a partnership with the European Space Agency is the thing to do, scientists familiar with the project all understood the suggestion.

“NASA remains interested in working with international partners to identify opportunities to cooperate in Mars exploration consistent with the budgets available to the agencies,” it said. “Some important, but currently unaffordable mission are deferred, such as large scale missions to study the expansion of the universe and to return samples from Mars.”

According to NASA and ESA, the Americans put 1.4 billion to the project while the ESA chipped in $1.2 billion. The good news in this budget is the continued funding for the James Webb telescope, the most powerful of its kind (100 times more sensitive than its predecessor, Hubble), three billion dollars for developing new spacecraft and rockets to take the next generation of astronauts to space, after the US space flight program ended, leaving Russia as the sole taxi to the International Space Station.

However, considering the highly volatile political situation in the US as elections are coming up, many consider this budget will not pass