A new shocking theory suggests that Jupiter may have sweeped through our solar system much like a wrecking ball, knocking planets out of the solar system our moving them outwards, to the position we see them in today. If this is true, then it might explain why our solar system is a rarity and why life emerged the way it did.

by Dragos Mitrica
in Astrophysics, News, Space
Reading Time: 4 mins read
A A
Share on FacebookShare on TwitterSubmit to Reddit

A new shocking theory suggests that Jupiter may have sweeped through our solar system much like a wrecking ball, knocking planets out of the solar system our moving them outwards, to the position we see them in today. If this is true, then it might explain why our solar system is a rarity and why life emerged the way it did. 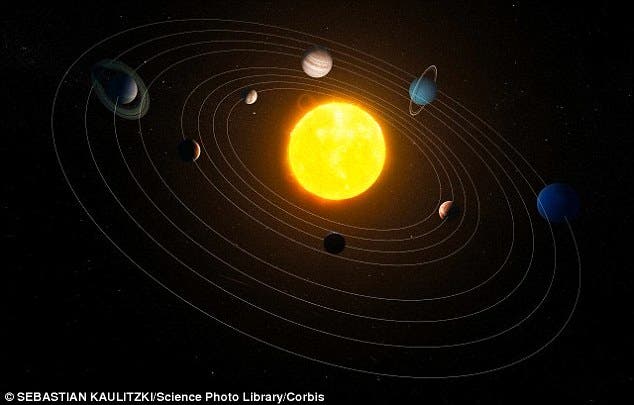 This possible scenario has been suggested by Konstantin Batygin, a Caltech planetary scientist, and Gregory Laughlin of UC Santa Cruz. The results of their calculations and computer models paint a new picture of our solar system’s evolution, and if true, this might explain a number of outstanding questions about our solar system and the Earth itself. Of special interest is the reason why there are no planets closer to the Sun (between the Sun and Mercury).

“It’s a totally empty field. A void. Just solar winds,” said Laughlin, whose proposal is reported in Monday’s Proceedings of the National Academy of Sciences.

According to the two, Jupiter was crucial to the evolution of our solar system.

“Our work suggests that Jupiter’s inward-outward migration could have destroyed a first generation of planets and set the stage for the formation of the mass-depleted terrestrial planets that our solar system has today,” says Batygin, an assistant professor of planetary science. “All of this fits beautifully with other recent developments in understanding how the solar system evolved, while filling in some gaps.”

Their models rely on the so-called Grand Tack scenario, which states that in the very early stages of our solar system’s evolution, Jupiter became so massive and had such a big gravitational attraction that it actually moved in closer to the Sun as though carried on a giant conveyor belt.

“Jupiter would have continued on that belt, eventually being dumped onto the sun if not for Saturn,” explains Batygin.

Then Saturn came in, also closing in on the Sun. But when Jupiter and Saturn reached a specific position, close to the star, they got locked in a special kind of relationship called orbital resonance – their orbital periods became related to each other. In such a relationship, the two proto-planets exerted a gravitational influence on each other, ultimately starting to move away from the Sun.

“That resonance allowed the two planets to open up a mutual gap in the disk, and they started playing this game where they traded angular momentum and energy with one another, almost to a beat,” says Batygin.

Eventually, this tug and pull caused much of the gas in Jupiter and Saturn to be pushed out, reversing their migration and sending them further away from the Sun. 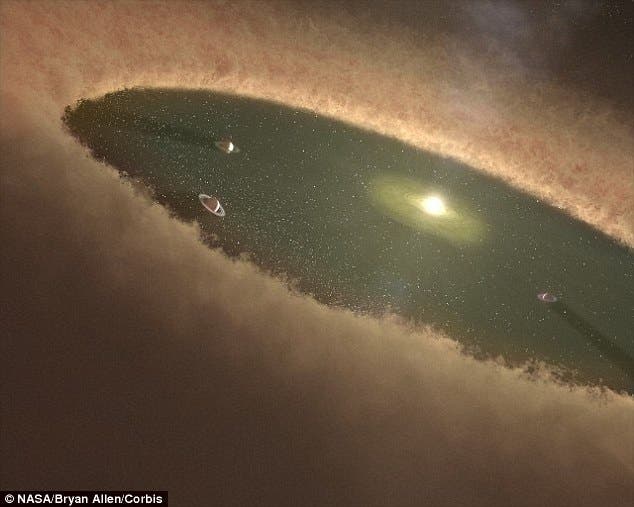 Today, astronomers no longer believe that the solar system was formed exactly the way we see it today – and they also believe our solar system is a rather strange occurrence in our galaxy. Other solar systems — almost 500, at last count — typically have many planets orbiting much closer to their star than Mercury, so why doesn’t ours?

Researchers believe that Jupiter’s travel back to its current orbit was quite violent, smashing nascent planets into smithereens, including newly formed Super Earths. Much of their debris would have then spiraled into the Sun.

“The ingoing avalanche would have destroyed any newly-formed super-Earths by driving them into the sun,” said Professor Laughlin.

The rocky planets existing today (Mercury, Venus, Earth and Mars) formed from the remaining debris. This would also explain why these planets have much thinner atmosphere than expected, and it would also explain their lower mass – low enough to potentially host life and liquid water.

“It’s the same thing we worry about if satellites were to be destroyed in low-Earth orbit,” said Professor Laughlin. “Their fragments would start smashing into other satellites and you’d risk a chain reaction of collisions. Our work indicates that Jupiter would have created just such a collisional cascade in the inner solar system.”

To get to this conclusion, they did one simulation in which a population of Super-Earths revolved around the Sun during Jupiter’s migration; according to their simulation, it took only 20,000 years to smash this population – an extremely low period at this scale of events.

This also explains why our planet doesn’t have a hydrogen atmosphere and also why lagged so much in planetary formation – taking shape only 100-200 million years after the development of the Sun.

“We formed from this volatile-depleted debris,” says Batygin.

Of course, this is just a study, and there are serious reasons to be skeptical, as the researchers themselves acknowledge.

“Anytime a theory says ‘Well this happened and then this happened,’ you need to be naturally suspicious. I think that is completely, absolutely valid and the right standpoint to take,” Laughlin said.

But so far, their theory seems to check out with existent observations, and would answer some of the most puzzling questions regarding our solar systems. It remains to be seen if further research will confirm or infirm this theory.