While NASA has all its eyes set on Mars, Europe seems to be keeping its cool and wants to understand three of Jupiter’s most interesting moons: Callisto, Europa and Ganymede. All three are believed to have underground liquid oceans and may be capable of supporting life. 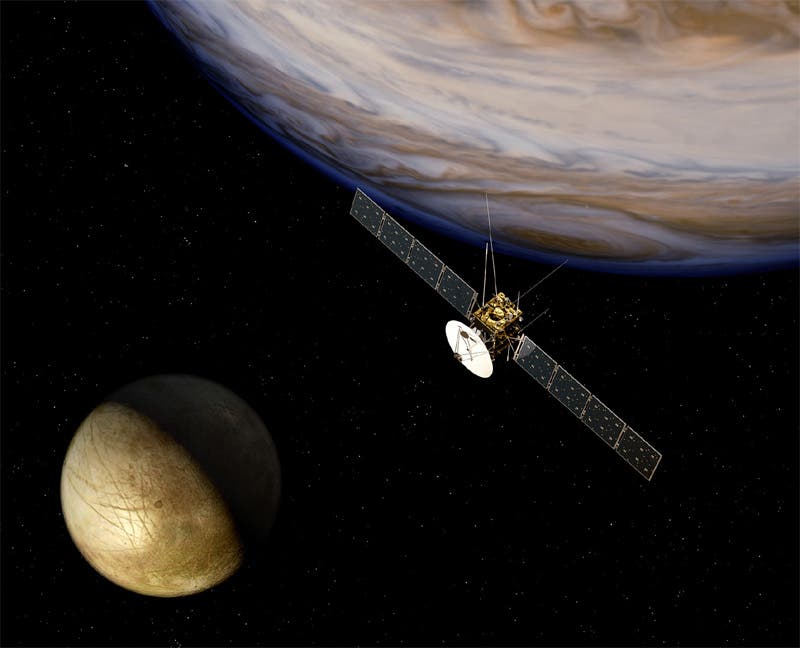 “Jupiter is the archetype for the giant planets of the solar system and for many giant planets being found around other stars,” Alvaro Giménez Cañete, ESA’s director of Science and Robotic Exploration, said in a statement. “JUICE will give us better insight into how gas giants and their orbiting worlds form, and their potential for hosting life.”

But don’t get excited just yet – the spacecraft is set to be launched 10 years from now and arrive at Jupiter sometime in 2030. Other missions the ESA is interested in are NGO, the New Gravitational wave Observatory, to hunt for gravitational waves, and ATHENA, the Advanced Telescope for High-Energy Astrophysics.

“It was a difficult decision to choose one mission from three excellent candidates,” Giménez Cañete said.

However, ESA also announced that technology development to support NGO and ATHENA will continue so they can be considered for future missions.