Iranian president wants to be the first Iranian man in space

by Mihai Andrei
in Other, Space
ADVERTISEMENT

After the successful test in which the Iranians sent a monkey into outer space and back safely, their goal of sending a man to the Moon by 2025 seems quite feasible. 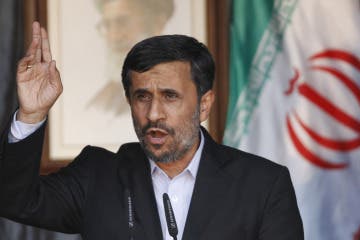 Ok, so some liked this, the US didn’t really like it but that’s a different story – but Iran’s space program is not really something you can be indifferent too. Their nascent space program aims to send a man into space by 2020 and put an astronaut on the moon by 2025, and that has many people worrying.

However, things can only get more dubious as president Mahmoud Ahmadinejad says he wants to be his country’s first man in space, declaring:

”I’m ready to be the first Iranian to be sacrificed by the scientists of my country and go into space, even though I know there are a lot of candidates”, he declared,

It’s not clear if he was being serious, or if this was just a political maneuver to create an outburst support.

Iran successfully sent a monkey named “Pishgam,” or “Pioneer” in Farsi into outer space, where it traveled over 100 km before safely returning to Earth. The launch fueled concern among Western observers because the same technology used in space launches could be applied to launch a ballistic missile carrying a nuclear warhead. So what do you think? Should we fear Iran’s development, or should we embrace it is a remarkable scientific achievement?