by Mihai Andrei
in Space, Telescopes 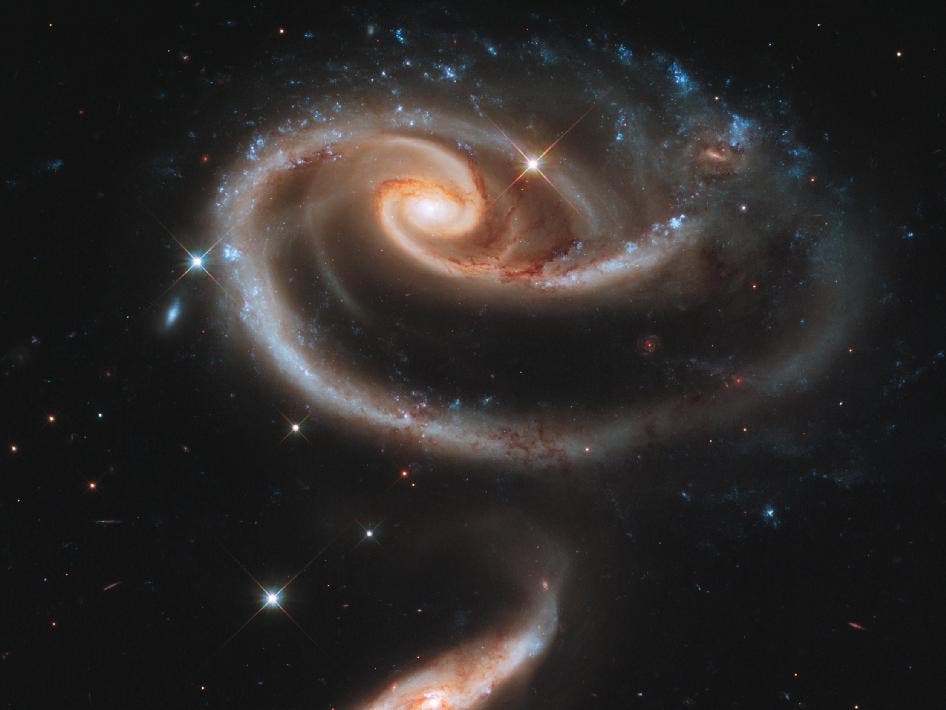 To celebrate the 21st anniversary of Hubble, NASA released this stunning picture of a pair of interacting galaxies called Arp 273. The larger of the spiral galaxies, known as UGC 1810, has a disk that is distorted into a rose-like shape by the gravitational tidal pull of the companion galaxy below it, known as UGC 1813.

Yes, Hubble is more than 20 years old; it was launched on April 24, 1990, aboard Discovery’s STS-31 mission, and its discoveries revolutionized cosmology, astrophysics, and the general way we think about the universe around us.