by Tibi Puiu
in Remote sensing, Space, Telescopes
Reading Time: 1 min read
A A
Share on FacebookShare on TwitterSubmit to Reddit

Located some 62 million-light years away, the Dorado constellation is home to a galaxy cluster, called the Dorado Group, comprised of around 70 galaxies. A pretty massive figure by all accounts, considering the Local Group, which also include the Milky Way, contains a mere 30 galaxies under its belt. 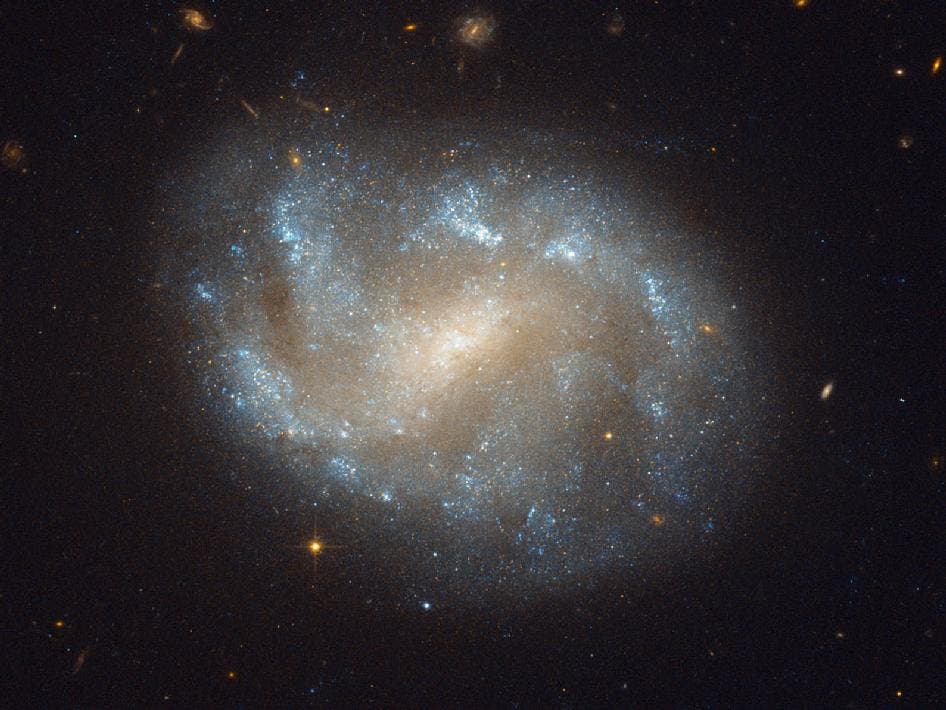 Recently, Hubble captured a splendid photo of NGC 1483, a barred spiral galaxy located in the southern constellation of Dorado. The nebulous galaxy features a bright central bulge, hence the barred spiral term used to describe it, and diffuse arms filled with young stars to its margins. Astronomers hypothesize that these bars, which are commonly formed in around two out of three spiral galaxies, actually show that a galaxy is fully matured.