Just a few days ago, I was telling you how Hubble photographed the faintest, oldest galaxy ever observed, and now, the valiant telescope has gone even further: it assembled a new, improved portrait of mankind’s deepest-ever view of the universe. 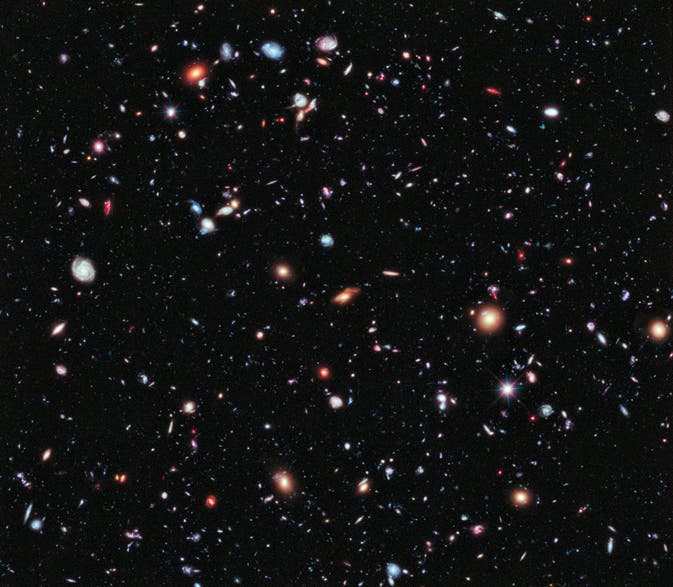 Called eXtreme Deep Field, or XDF, the photo was assembled by combining 10 years (!) of NASA Hubble Space Telescope photographs, and it represents only a small fraction of the angular size of the Moon. By collecting faint light over numerous hours of observation, Hubble was able to capture thousands of galaxies, more than ever in such a small field of view – over 5500. Of course, the brighter galaxies are closer, while the fainter ones are further away; just so you can make an idea, the faintest ones have only one billionth of the brightness the human eye can see without aid.

There’s a brilliant video you can check out here which details how small this field of view actually is, and how incredibly far it goes: towards the dawn of the Universe.

“The XDF is the deepest image of the sky ever obtained and reveals the faintest and most distant galaxies ever seen. XDF allows us to explore further back in time than ever before”, said Garth Illingworth of the University of California at Santa Cruz, principal investigator of the Hubble Ultra Deep Field 2009 (HUDF09) program.

The Universe is believed to be 13.7 billion years old, and the oldest galaxy we’ve observed so far reaches towards the early period of the Universe, at 13.2 billion years old. The early Universe was an extremely dramatic place, with countless galactic births and collisions, blue stars thousands of times brighter than our Sun and other violent phenomena.