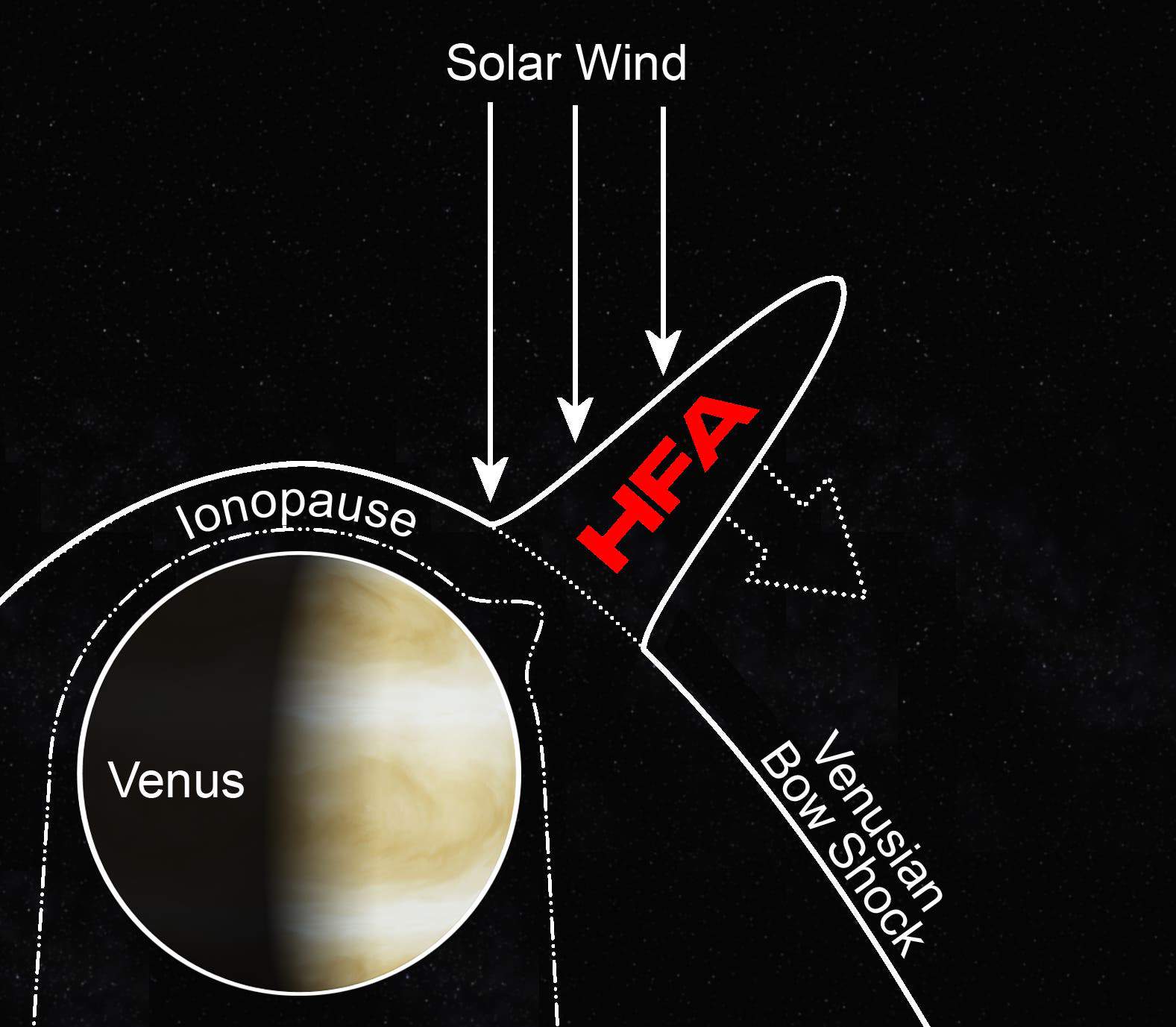 This is not the first time this unusual phenomenon, called ‘hot flow anomaly‘ (of HFA) was observed; such events have been previously spotted above Earth, and possibly Saturn and Mars – but this is the first time they can be confirmed on Venus. It also shows, beyond the shadow of a doubt, that HFAs are not dependent on factors restricted to our planet, such as a strong magnetic field.

“At Venus, since there’s no protective magnetic field, the explosion happens right above the surface of the planet,” study lead author Glyn Collinson, of NASA’s Goddard Space Flight Center in Greenbelt, Md., said in a statement. 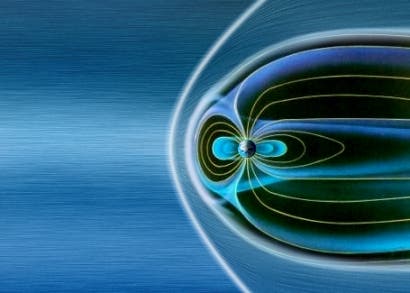 From what we know, HFAs are caused by significant discontinuities in solar wind; sometimes, these discontinuities align with the wind’s flow, and in this case, they remain in contact with the bow shock – the place where solar winds slow down quickly and avoid a planet or other such celestial body. If such a discontinuity travels exactly along the bow shock (see above picture), it traps a lot of solar particles, which are basically plasma particles, which can cover up a volume as big as Earth.

“These plasma particles are trapped in place,” said study co-author David Sibeck, also of NASA Goddard. “They make a big puddle that gets bigger and bigger, sending out its own shock waves. Everything downstream from that bubble is going to be different than what’s upstream.”

When this happens on Earth, things can get pretty nasty – they can compress our planet’s entire magnetosphere.

The study was based on data received from the Messenger spacecraft, which made a Venusian flyby in 2009, on its way to Mercury. Researchers revealed that on March 22 2008, Messenger flew through a HFA, showing that this phenomenon naturally occurs on Venus, and also showed that HFAs on Venus probably occur much closer to the surface, because the planet lacks a magnetic field.

“At Earth, HFAs have a big effect, but don’t necessarily rule the roost,” Collinson said. “But at Venus, since the HFA happens right up next to the planet, it is going to have a more dramatic effect on the system.”

The study suggests that HFAs might occur in more places in our solar system, and even in other solar systems, something which was nothing more than a hunch before.