Life had more time to appear or even thrive on Mars than we imagined.

by Tibi Puiu
in News, Remote sensing, Space
A A 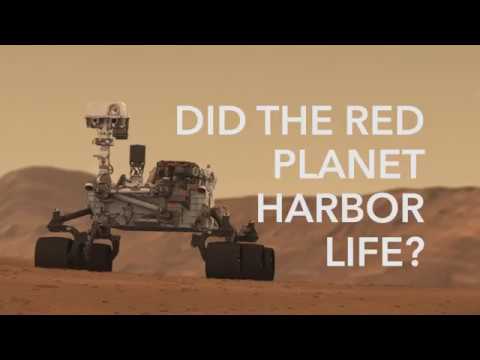 It seems Mars — now barren, dead, and as inhospitable as Thanksgiving with your mother-in-law — was capable of supporting microbial life for far longer than previously estimated. According to a new study, ‘halos’ of silica surrounding fractures at Gale Crater’s floor suggest the area must have been capable of supporting life many years after the lake dried up.

Groundwater present even though water on Gale Crater evaporated

It was shortly after NASA’s Curiosity rover landed on the 96-mile-wide (154-km) Gale Crater in August 2012 that scientists learned that the area was once home to a lake-and-stream system. During the planet’s ancient past, this system could have been habitable. Now, in the bedrock of the same crater, scientists working with the Curiosity mission report spotting these intriguing ‘halos’ of silica or lighter-colored bedrock. These indicate older rock was swept up into the younger ones in the form of dunes, formations that could have formed only after the lake had dried up.

These halos appear in images taken by the rover in 2015 right on the lower slope of Mount Sharp. Smack dab in the middle of Gale Crater, Mount Sharp likely formed after water pushed and deposited sediments on the lake bed over time. As the lake dried and replenished over and over in numerous cycles, each time a new layer of sediment was added that told its own unique story, much like a time capsule. This is why the researchers were stunned when they came across these halo formations rich in silica.

“The concentration of silica is very high at the centerlines of these halos,” said Jens Frydenvang, a scientist at Los Alamos National Laboratory and the University of Copenhagen and lead author of the new study published in the Geophysical Research Letters.

“What we’re seeing is that silica appears to have migrated between very old sedimentary bedrock and into younger overlying rocks. The goal of NASA’s Curiosity rover mission has been to find out if Mars was ever habitable, and it has been very successful in showing that Gale crater once held a lake with water that we would even have been able to drink, but we still don’t know how long this habitable environment endured. What this finding tells us is that, even when the lake eventually evaporated, substantial amounts of groundwater were present for much longer than we previously thought—thus further expanding the window for when life might have existed on Mars,” the scientist added in a statement.

These unexpected halos were analyzed by the rover’s ChemCam instrument after it traveled over 1,700 Martian days from the bottom of Gale crater all the way up to Mount Sharp. The young silica formations were found  20 to 30 meters (66 to 100 feet) in elevation near a rock layer of ancient lake sediments.

“This tells us that the silica found in halos in younger rocks close by was likely remobilized from the old sedimentary rocks by water flowing through the fractures,” Frydenvang said.

Previously, scientists have estimated Mars hasn’t been habitable for about 3.3 billion years or around the same time Gale Crater dried up for good. These recent findings extend Mars’ life-support timeline suggesting microbial could have withstood for considerable more time.