NASA finds 7 Earth-sized planets in a star nearby. Three are in the habitable zone

What a great day for science!

NASA’s much-heralded announcement concerning a ‘major discovery beyond the solar system’ actually deserved the hype. In an unprecedented occurrence, astronomers have identified not one, but seven Earth-sized planets orbiting a star called TRAPPIST-1, which lies just 39 light-years from Earth. Three of these planets orbit their parent star in the so-called Goldilocks Zone where it’s not so hot, not so cold — just good enough for liquid water to be stable and, possibly, good enough for life to exist.

“We can expect that, within a few years, we will know a lot more about these planets, and with hope, if there is life there, [we will know] within a decade,” co-author Amaury Triaud, of the Institute of Astronomy at the University of Cambridge in England, said in a statement for the press.

TRAPPIST-1 is a white dwarf that’s about 2,000 times dimmer than the Sun. In May, 2016, scientists used the TRAnsiting Planets and PlanetesImals Small Telescope (TRAPPIST) at the La Silla Observatory in Chile to find three exoplanets: TRAPPIST-1b, TRAPPIST-1c and TRAPPIST-1d. The team led by Michaël Gillon of the University of Liège claimed at the time that all three could be habitable but now follow-up observations put the tally at seven Earth-like planets.

I don’t think anyone imagined that less than a year later such a remarkable discovery could be beaten but there you have it.

“This is the first time so many planets of this kind are found around the same star,” Gillon said.

What’s amazing is that we might actually be able to tell if there’s any life on these planets without having to actually send a spacecraft there. It’s relatively close at an astronomical scale but it would still take us centuries to get there with current space tech. Instead, telescopes both on ground and in space like Hubble or the incredible soon-to-be-deployed James Webb Telescope can analyze the atmosphere of these planets in search for telltale signs of biological activity.

“For the first time ever, we don’t have to speculate. We just have to wait and then make very careful observations and see what is in the atmospheres of the Trappist planets,”  Sara Seager, an astronomer at the Massachusetts Institute of Technology who was not involved in this study, for the New York Times.

“I think that we’ve made a crucial step toward finding [out] if there is life out there,” Triaud said. “Here, if life managed to thrive, and releases gases similar to that that we have on Earth, then we will know,” co-author Amaury Triaud, of the Institute of Astronomy at the University of Cambridge in England, said.

Despite orbiting a dim star, some of these new alien worlds do so at such a tight orbit that they still get enough sunshine to support liquid water. All of the worlds, for that matter, orbit closer to TRAPPIST-1 than Mercury does to the sun. The innermost world takes only 1.5 days to make a full circle around TRAPPIST-1 while the outermost planet, TRAPPIST-1h, makes a complete revolution every 20 days.

The six inner planets have related orbital periods which suggests these formed farther out in the solar system before migrating to their current positions. The same six planets are also ‘rocky’ or Earth-like in composition. We know this because mutual gravitational effects can be inferred to estimate mass, and hence density. TRAPPIST-1h’s composition could not be reliably assessed yet.

That’s not all scientist we able to learn. Because of such a tight orbit, all of these planets are likely tidally locked meaning they always show the same face to their parent star just like the moon does to Earth.

So, all in all, it’s been a fantastic day for science. 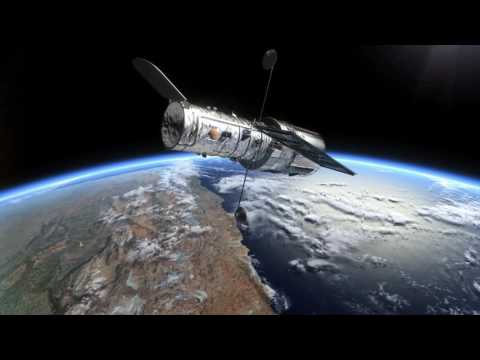