A new, probably significant discovery will be published in two weeks, the leader of a space-based particle physics experiment said Sunday at the annual meeting of the American Association for the Advancement of Science.

Why this is important 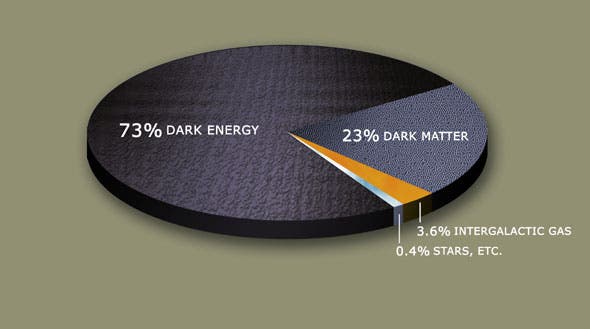 Dark matter is every bit as mysterious and cool as it sounds; from what we know so far, our Universe’s energy comprises of 73% dark energy, 23% dark matter, and “regular” matter, like stars, planets, and everything else only accounts for the 4% left. When you think about matter, dark matter takes the big chunk, at 84%.

Some physics theories suggest that dark matter is made of WIMPS (weakly interacting massive particles), a class of particles that are their own antimatter partner particles. When matter and antimatter partners meet, they annihilate each other with a blast, so if two WIMPS would collide, they would be destroyed, releasing a pair of daughter particles — an electron and its antimatter counterpart, the positron (same mass, opposite charge).

In May 2011, a $2 billion machine called the Alpha Magnetic Spectrometer-2 was mounted on the side of the International Space Station. The device may have just detected dark matter, for the first time; until now, everything we know about it comes from indirect observations and effects. According to MIT’s Samuel Ting, a physicist and the Alpha Magnetic Spectrometer’s principle investigator, the first results will be published in two weeks, and “it won’t be a minor discovery”; the paper has so far passed 30 revisions and is finally set for publishing. 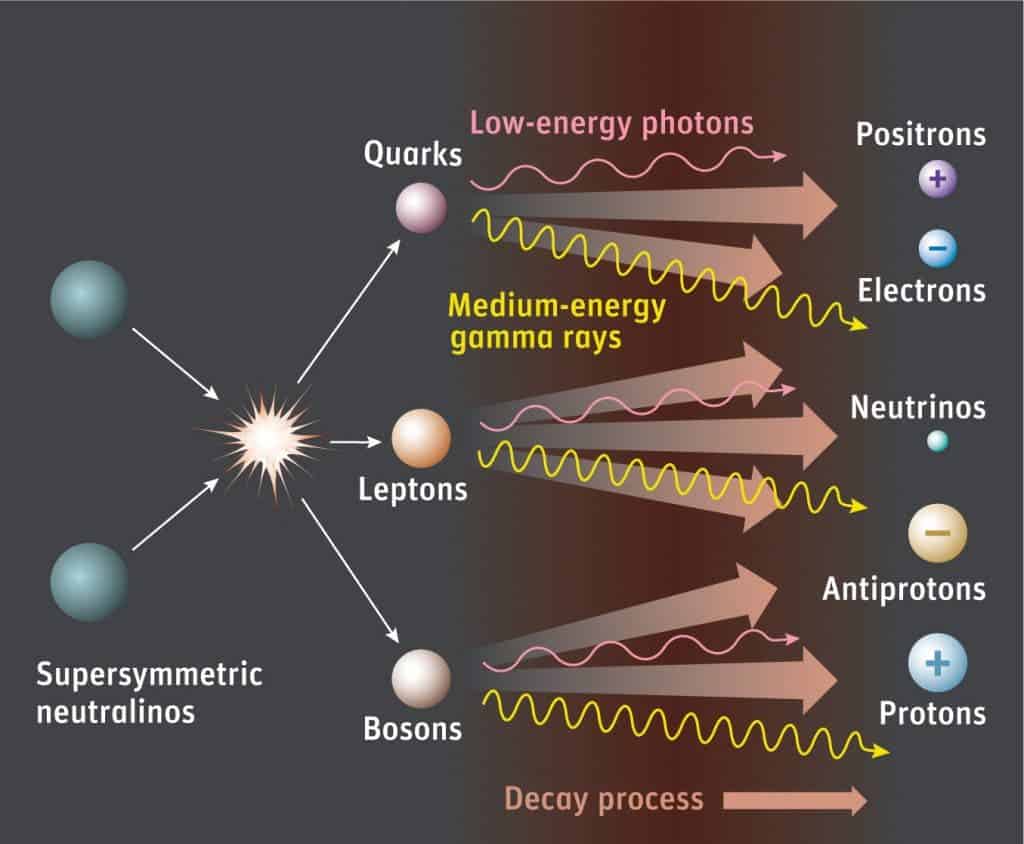 So far, AMS has detected 25 billion particle events, including about 8 billion electrons and positrons. This first science paper will report how many of each were found, and what their energies are, Ting said. The thing is, if there is an abundance of detected positrons peaking at a certain energy, that could indicate a detection of dark matter, because while electrons are abundant in the universe around us, we know of much fewer processes that lead to the creation of positrons. Another interesting question is if these positrons signatures come from preferential directions or from all around.

“The smoking gun signature is a rise and then a dramatic fall” in the number of positrons with respect to energy, because the positrons produced by dark matter annihilation would have a very specific energy, depending on the mass of the WIMPs making up dark matter, said Michael Turner, a cosmologist at the University of Chicago who is not involved in the AMS project. “That’s the key signature that would arise.”

But regardless of whether AMS has found dark matter yet, scientists said they expected the question of dark matter’s origin to become clearer soon.

“We believe we’re on the threshold of discovery,” Turner said. “We believe this will be the decade of the wimp.”