During these past months, I’ve been receiving some questions regarding the whole doomsday-Elenin comet matter. In case you’re unfamiliar with the topic, the comet in case, discovered in December 2010, has a trajectory that passes quite close to Earth, and so of course, some people started panicking and claiming that the comet will hit us in a devastating impact. 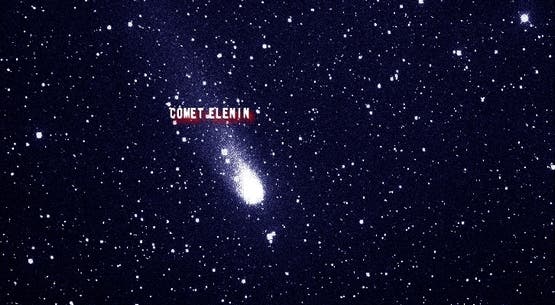 However, in August, the comet began disintegrating as it passed in front of the Sun, so yesterday, when it made its closest passing in front of the Earth, it was pretty uneventful.

“I could see a hazy group of dim chunks of rock sitting in the sky, moving very slowly,” said Samir Nawar, a professor at the National Research Institute of Astronomy and Geophysics (NRIAG) in Helwan. “But it was far less interesting than looking at the sun or the moon on any other day of the year, and a lot less noticeable,” he joked, referring to the Earth’s temperate climate and tides.

Regarding the whole ‘end of the world’ theories – researchers don’t even dignify them with the ‘conspiracy theory’ status. The thing with space phenomena is that they happen far away and are largely misunderstood, so they can be largely misinterpreted. Even if the comet Elenin wouldn’t have started to disintegrate in front of the Sun, the event would have still been non important; why? Because it passed 9 times further than the Moon, and it is less than 100 times smaller than the Moon.

So what’s comet Elenin up to? Well, it will continue to move back in space where it came from, and there are no further events regarding it in the forseeable future. So people can just move on to the next end of the world scenario – because this one is over.