by Mihai Andrei
in Astrophysics, News, Space, Space flight
Reading Time: 3 mins read
A A
Share on FacebookShare on TwitterSubmit to Reddit

China’s has reached a new milestone in its space program – its latest spacecraft service module has entered orbit around the moon, after being successfully tested on Earth a few months ago. Chinese media reports that the service module of a test lunar orbiter has successfully began orbiting the Moon. The goal of this mission is to land on the Moon, retrieve four rock samples and return on Earth. But this is just the beginning – China has much greater plans. 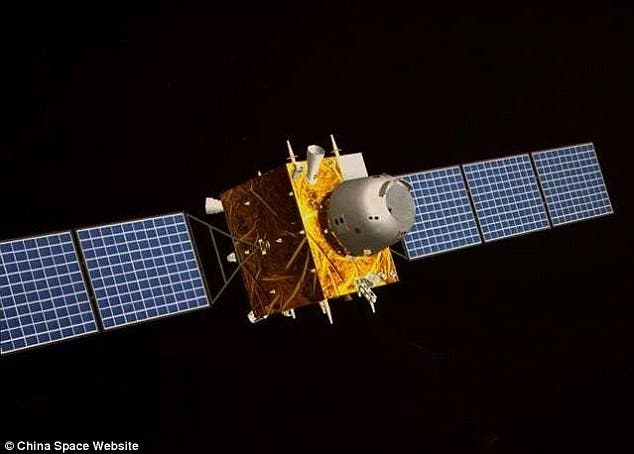 If the mission is successful (and we have every reason to believe it will be), it will make China the third country to land on the Earth’s natural satellite, after the US and Russia.

“It was the first time for a Chinese spacecraft to reach the L2 point, and the service module completed three circles around the point, expanding probe missions,” vice director of China’s State Administration of Science, Technology and Industry for National Defense (SASTIND), Zhao Wenbo says.

But while this is a laudable accomplishment in itself, China wants to eventually be able to mine the moon for a rare helium isotope which some scientists believe can be the key to future energy: Helium-3 (He-3). Helium-3  is a light, non-radioactive isotope of helium which is very rare on Earth, but can be found in relative abundance on the Moon. Materials on the Moon’s surface contain helium-3 at concentrations on the order of between 1.4  and 70 parts per billion, which may seem like very little, but it is enough for many people to propose the extraction of He-3 from the Moon.

Helium 3 can clean fusion plants since the isotope is light and isn’t radioactive. This means that with it, we could develop renewable nuclear plants, which leave no radioactive byproduct behind. It would produce enormous quantities of energy with no negative “side effects”; just so you get an idea, 40 tons of Helium 3 (which can be fitted in two space shuttles) would be enough to power up the United States for one year!

However, in order to obtain those 40 tons, you’d need to process 6 billion tons of material! But China isn’t discouraged. Cosmochemist and geochemist Ouyang Ziyuan from the Chinese Academy of Sciences who is now in charge of the Chinese Lunar Exploration Program has already stated on many occasions that one of the main goals of the program would be the mining of helium-3. Russia has also expressed its interest in this idea, so it’s certainly an attractive possibility. Whether or not it can be done, and whether or not it is economically viable remains to be seen. For now, this remains an interesting, yet distant idea.

Edit: Because people have been asking – no, we don’t have the infrastructure to use Helium-3 even if we managed to bring it back to Earth. We would have to build everything from scratch, though many current technologies would certainly be useful.