Get me to the Moon on time 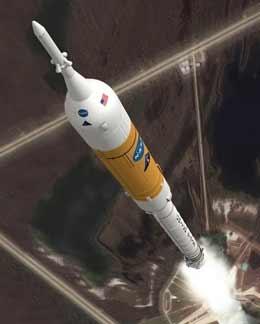 NASA’s space shuttle is set to take off on its last mission in 2010; the agency is really busy preparing to get a ship on the moon until 2020 [Update: Atlantis mission ends the NASA program]. But recent developments suggest that there may be delays, as does Nature news.

NASA officials say that the programme is still on track, but others are less optimistic. The thing is that they first have to fly astronauts in low-Earth orbit in an Apollo-like capsule called Orion.

But apparently there is a vibration; vibration is a natural part of solid-fuel rockets. In an unmanned rocket, it might not matter. The thing is that the spacecraft’s design has to be adjusted so that it will not resonate at the same frequency as the rocket.

The bad thing is that there aren’t many alternatives to this so the whole program will probably be delayed a couple of years; this could have no importance, but it could also be very important in the long run as well.