VR company SecondHandLife unveiled a revolutionary new app that allows friends to immerse themselves together in a virtual bar, among others.

Tech startup SecondHandLife is going all in on virtual reality. In a press conference held at the Rio Grande Hotel in Las Vegas, SecondHandLife founder Brian Fistacio unveiled the company’s vision to a hall packed with tech bloggers and Silicon Valley investors looking for the next unicorn. He says social life will never be the same once people start using the company’s product — a virtual reality app that allows friends to hang out in immersed environments like virtual bars, cafés or concerts. 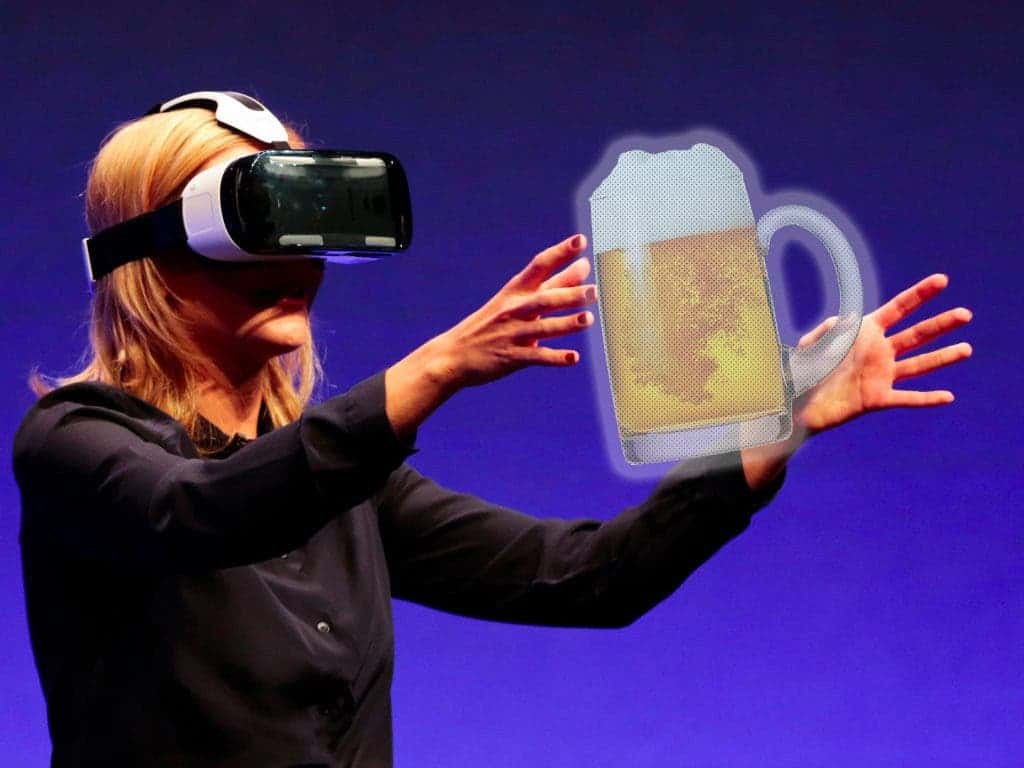 “Virtual reality is a game changer,” Fistacio addressed the audience. “We think this sort of technologies is opening up all sorts of markets. There are VR companies working on software that let users play basketball, ride a horse or fly a plane. SecondHandLife is focused improving social connections,” he added.

“First, there was texting. Then MySpace came along, but people were fed with glitter walls which explains why facebook took off. Yet, these sort of services are lacking. You can chat with friends via text, voice or video but it’s not the same thing with a genuine human one-on-one contact.”

“This is why we believe SHL will be huge. Friends can log into the app, then choose their virtual meeting space and hang out. We’ve had great feedback so far,” Fistacio said.

To use SHL, you need a pair of Oculus Rift goggles and a set of electrodes which attach to the stomach and brain. All the hardware is plugged into a computer with a live internet connection. Right now, SHL only has a couple of pilot environments, the most popular being the ‘downtown bar’. Once immersed, friends who are logged in the same room can chat and have drinks. Taste and other bodily sensations are augmented by the electrodes mentioned earlier. SHL proprietary neural algorithms deliver a feel good sensation straight to the brain, akin to serving a real cold beer. The electrodes attached to the tummy fool the user that he’s hungry or satieted, thirsty or quenched.

“My friends and I are delighted. We talked for hours, had about 27 beers each and didn’t even get drunk. The beer is cheaper too — only five bucks!” said Sarah Dumbbell, one of the first SHL users.

“I was really impressed with the product. I think SHL will be really big,” said Igor Bulcowski, a tech blogger, while munching on some of the free food from the event.