Sri Lanka is the fourth country in the WHO South-East Asia Region, after Bhutan, Maldives, and Timor-Leste, to eliminate measles and control rubella.

by Melvin Sanicas
in Science
A A

While measles continues to be a problem in Europe, America and several parts of Asia, and Africa, the World Health Organization (WHO) recently announced that Sri Lanka had successfully eliminated measles from the island country. The country reported its last case of measles caused by an indigenous virus in May 2016. According to the WHO, an independent verification committee had comprehensively studied the country’s efforts towards eliminating the disease before declaring it as a ‘measles-free’ country.

The WHO South-East Asia Regional Director Dr. Poonam Khetrapal Singh said Sri Lanka’s success demonstrated its commitment, the determination of its health workforce and parents to protect children against measles.

“The risk of importations of measles virus from countries near and far will remain, especially from those that have significant population movement with Sri Lanka. Further strengthening the immunity of the vulnerable population, capacities to detect and readiness to respond to measles virus both at the national and sub-national levels, would be the key to the country’s continued measles-free status in the coming years,” said the WHO official. 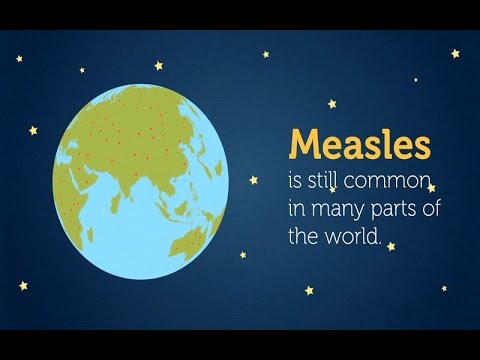 Measles is a highly contagious viral disease transmitted via droplets from the nose, mouth or throat of infected persons. It is characterized by a prodrome of fever and malaise, cough, coryza, and conjunctivitis — the three “C”s – a pathognomonic enanthema (Koplik spots) followed by a maculopapular rash. Common complications from measles include otitis media (ear infection), bronchopneumonia (pneumonia that causes inflammation in the alveoli), croup (or laryngotracheobronchitis, swelling inside the trachea), and diarrhea. Even in previously healthy children, measles can cause serious illness requiring hospitalization.

While global measles deaths have decreased by 84 percent worldwide in recent years — from 550,100 deaths in 2000 to 89,780 in 2016 — measles remains an important cause of death among young children globally, particularly in parts of Africa and Asia. Measles. The return of measles in other countries who have previously been declared “measles-free” reflects historical amnesia, declining faith in institutions, the spread of health misinformation, and a troubling lack of concern for the public good.

Sri Lanka is the fourth country in the WHO South-East Asia Region, after Bhutan, Maldives, and Timor-Leste, to eliminate measles and control rubella. Last year, Sri Lanka achieved rubella control, along with five other countries – Bangladesh, Bhutan, Maldives, Nepal, and Timor-Leste. Under the Global Vaccine Action Plan, measles and rubella are targeted for elimination in five WHO Regions by 2020.