Spring is the season for citizen science – what you can do to have fun and help science!

The birds are chirping, the flowers are blooming, and citizen scientists… do citizen science! In case you’re not familiar with the concept, citizen science are activities supported (or sponsored) by universities, organizations, institutes or governments through which everyone can provide meaningful scientific contributions. Activities can vary greatly (from counting birds to analyzing galaxy clusters), and you can do it outside, in nature, or at home on your computer – some are actually quite fun to do while riding the subway. Right now, there’s a huge number of projects you – and anyone else interested in science – can participate in, so I’ll be sharing just a few we found interesting and fun.

Yep, citizen science is not only interesting and useful – it’s often times fun! Spring projects are usually the most active and interesting ones…so, here goes:

iSeeChange | Get involved [US]

This project combines citizen science with participatory public media and cutting edge satellite monitoring data. The goal is to go outside and share observations about the environment and monitor any change that takes place in your area. You can then go on social media and compare your results with your neighbors. This spring, the iSeeChange team is expanding its crowdsourced reporting platform, the iSeeChange Almanac, but unfortunately, it’s only available in the US.

Every plant tells a story about our changing climate. Through project BudBurst, you can share valuable ecological data – namely when trees and other plants in your area shed their leaves, flower and fruit. To participate, all you need to do is go outside, look at the plants, and write what you find. It’s interesting, you’ll learn a lot about plant lifecycles, plant species, and how plants are reacting to climate change (for example – are they blooming any sooner?). If you’re a professor or an educator, you can also engage the kids – it should make for a fantastic and interactive lesson! The scientific benefits are also huge.

Discover drugs from your soil | Get involved [US… I think] 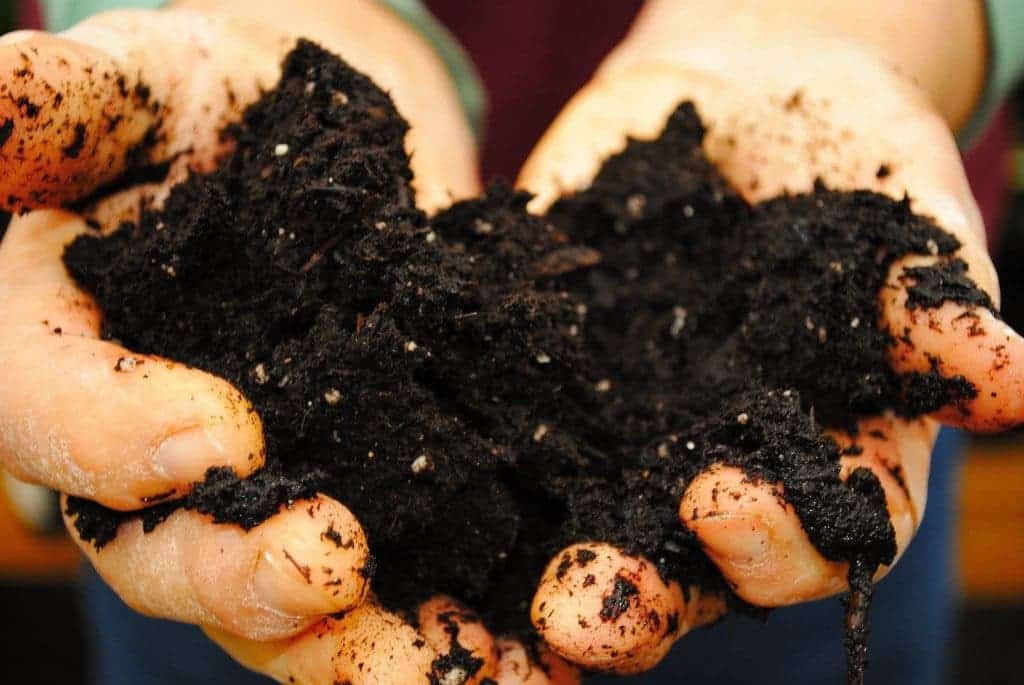 The next generation of medical drugs can come from the soil in your back yard! Creating a new medicine is a team effort involving scientist and medical professionals from a wide variety of fields – but we often forget just how little of the natural world we’ve actually studied and understood. Through this project, people from all around the US can help investigators by sending them soil samples from their own backyards, which investigators can then analyze. Natural products are the source of many lifesaving drugs that are used today by doctors around the world – you can contribute to tomorrow’s cures!

OK, this one’s a bit trickier. The project involves tracking the honey bee parasite Apocephalus borealis and its spread throughout the continent. So what you have to do is put on a pair of gloves, maybe set up a light trap, and carefully capture a bee, see if it’s infected (the signs are really easy to figure out), and then let it go and report what you found. The project’s website does a good job at explaining how you can do this without getting hurt and without harming the bee. Not really recommended for children, but it’s a fun project, and with the many problems bees are facing these days – it’s extremely useful.

Nature’s Notebook is a national plant and animal phenology observation program. Phenology is basically a fancy way of saying “plant and animal life cycle events”. Changes in climate are affecting plant and animal activity across, so scientists want to see how animals and plants are reacting – much like project BudBurst, except it’s also about birds and animals. Excellent for animal observations.

Snapshots in Time | Get Involved

Do you like photography and salamanders? Well… do you like photography and think salamanders are … OK? Then this might be the thing for you! determining changes in the timing of breeding is very important, not just for these species, but also for others that use the same habitat. For this reason, biologists need people to go outdoors and take pictures of the Spotted Salamander (Ambystoma maculatum) and the Wood Frog (Lithobates sylvaticus). This effort will focus on populations found throughout their range in North America, but it’s available everywhere there’s a population of these two species. Both species are fairly distinctive, and you can see images and instructions on the Snapshots in Time website.

If you don’t want to get out of the house, and also want to hone your age-guessing skills, this is the project for you. AgeGuess investigates the differences between perceived age (how old you look) and chronological age (your age) as a potential aging biomarker. Basically, you look at pictures of other people and guess how old they are, and if you want, you can also upload pictures of you and have other people guess your age.

Cities at night | Get Involved [Worldwide]

Astronauts have taken numerous pictures from the ISS of cities at night, in an attempt to study light pollution. The problem is that the pictures are taken automatically, and scientists don’t know exactly what they are looking at – so it’s up to us to identify the cities and locations and tell them!

You can’t really talk about citizen science without counting butterflies now can you? There are several butterfly counting projects out there, I’m just picking one of the good ones here. What you do here is go outside, in a park or a garden or just somewhere in a natural setting, and spot the butterflies and moths for some 15 minutes. Over 44,000 people took part in 2014, counting almost 560,000 individual butterflies and day-flying moths across the. This particular project is aimed at the UK, but there are other ones for the other areas in the world. Another butterfly count project (more aimed at North America) is eButterfly.

Several teams of astronomers are trying to identify dusty debris disks, similar to our asteroid field. These disks suggest that these stars are in the early stages of forming planetary systems and learning more about them could help us understand more about our own solar system. The problem is that computers often confuse debris disks around stars with other astronomical objects. This project launched by NASA is a call for volunteers to help – you can be an amateur astronomer, from your own home! 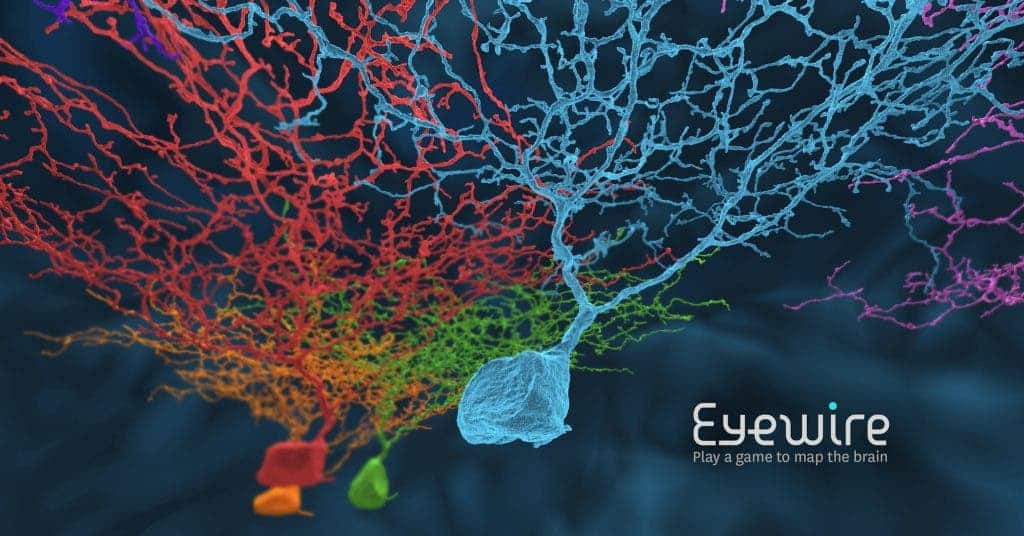 Throughout everything that we’ve discovered on our planet and in the Universe, the human brain remains one of the biggest mysteries. Eyewire wants you to help scientists map the human brain, through a fun and easy to use interface. Upon registering, players are automatically directed through a tutorial that explains the game. You are given a cube with a partially reconstructed neuron branch stretching through it, coloring through some cross sections and generating 3D reconstructions, branch by branch. Multiple players work on the same cube, and then advanced players, oversee the work.

Explore the seafloor | Get Involved [Worldwide]

Are you ready to map the seafloor from your own living room, or while you’re on the subway? Explore the seafloor provides you with tutorials and introductory images, and then you take a look at spectacular underwater pictures and tag what you see. You’ll take a look at great pictures, learn about underwater habitats and help scientists – the perfect mix.

Listen to the whale songs – namely, orca songs. Orcas are some of the most remarkable predators on the face of the Earth. The goal of the Orchive project is to digitize acoustic data that have been collected over a period of 36 years. The acoustic data have been recorded using a variety of analog media at the research station OrcaLab, and they currently have over 20,000 hours of orca songs. You can help digitize them. It gets a bit dull after a while, but for the first part, I actually found it extremely interesting.

Map the craters of Mercury, but also of the Moon and Vesta. There is an interactive tutorial that will show you what to do and how to do it. It’s easy to do, and you get to look at pictures of the Moon, Mercury and Vesta.

Albert Einstein was certainly the most influential scientist in modern times; but he wasn’t only a brilliant mind, he was also very vocal about a number of issues. He left behind a hefty hand-written correspondence, and you can read it and transcribe it. Speaking of transcribing…

For more than a century researchers have been unearthing known and unknown literary texts as well as the private documents and letters that could improve their understanding of the ancient lives of Graeco-Roman Egypt. Yet many of these papyri have remained unstudied – due to a lack of resources. This is where you step in. You can learn to read, understand and ultimately translate papyri from Egypt. Impress your friends, and learn a foreign language… sort of.

Be A Smithsonian Archaeology Volunteer | Get Involved [Local to the Smithsonian]

If you’ve ever dreamed of becoming an archaeologist… this is an amazing opportunity. Join the Smithsonian Environmental Research Center (SERC) Archaeology Lab for excavating two sites. You can volunteer for one or several days, and no previous experience is required, as on-site training will be provided. This opportunity is suitable for families with older children (13+ directly supervised by a parent/guardian, 16+ may be able to work without having a parent/guardian present) and groups.

Basically, astronomers have tens of thousands of images gathered with the Spitzer Space Telescope – and they could use some help. Just look at the images and tell researchers what you see in infrared data.

So, these are just some of the citizen science projects you too can get involved in! Citizen science is all about learning interesting things, having fun, and helping scientists better understand our planet – and the universe! Some are great weekend activities, some are great to do while on the subway or on the bus – get your kids involved, tell your family, have butterfly scouting competitions in the park or count the sea urchins on the bottom of the seafloor. Or if you feel more daring, step outside our planet and take a look at other planets and galaxies – everybody can now access these amazing opportunities. So, which one (or which ones) will you embark on?

If these are still not enough for you, you can find more projects on Wikipedia, SciStarter and Scientific American.