Scientists at University of California have successfully managed to engineer a new kind of hydrogels, capable of self-healing, which can bind to each other in acidic conditions within seconds, forming a strong bond that allows for repeated streathching, similar to organic tissue, like the human skin.

Hydrogels are made out of a network of hydrophilic polymer chains and are highly absorbent. They also possess a degree of flexibility similar to human tissue, making them particularly useful in biomedical research. Their current applications range from cell culturing, to sustained-release drug delivery, to specific pH sensors, to contact lenses. However, when a hydrogel is cut or ruptured in some way, the material becomes permanently severed. A solution to this problem was sought, and eventually a team of University of California researchers, lead by Dr. Shyni Varghese, managed to overcome it after adding “dangling side chain” molecules to the primary structure of the hydrogel which under special conditions adhere to one another, just like fingers on a hand would grasp one another. This allowed the hydrogel structure to bind back after it was cut or suffered a shock.

Before they practically created the self-healing hydrogels, the reseachers first performed a computer simulation. They learned that for the hydrogel structure to be capable of self-healing, a certain side chain molecules length was needed. After dwelling deeper, they found that there was an optimal length which allowed for the strongest binding, and used that.

Here’s where it gets very interesting – the researchers put two pieces of the new self-healing hydrogels in a solution. When the solution was low pH (acidic), the two chunks merged together instantly, forming a strong bond. When the solution was turned to high pH, the chunks separated. According to the researchers, this would make them an ideal adhesive to heal stomach perforations or for controlled drug delivery to ulcers.

Other applications for the self-healing hydrogels include sealing leakages from containers containing corrosive acids, energy conservation and recycling. The University of California researchers now look to develop hydrogels that self-heal at different pH levels. 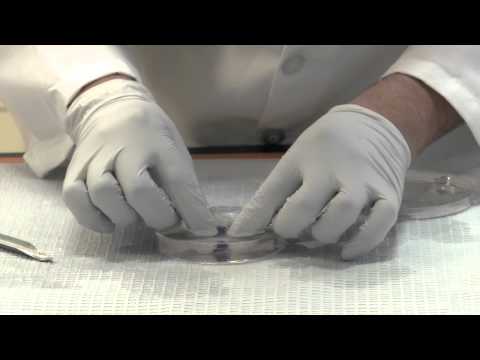