This bacterium shoots wires out of its body to power itself

This bacterium has a lot in common with power companies. Power companies use copper wires to channel electricity (and therefore, electrons), and this bacterium developed a mechanism to do something similar: in the absence of oxygen, it grows nanowires from its own body through which it pushes electrons to nearby rocks.

This is how it obtains energy, as opposed to almost all organisms, which use internal processes to produce their energy. 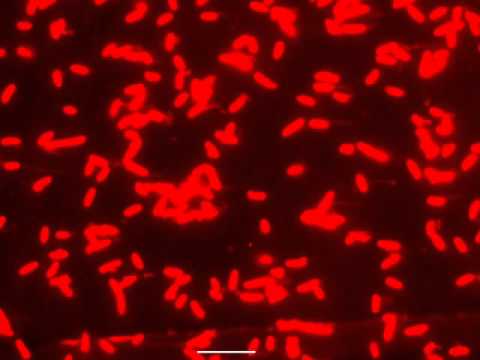 This being said though, researchers have long known that bacteria can swap electrons with minerals, but the details and specific cases were quite rare. Even visualizing bacteria ripping out material from itself to create nanowires to power itself up. But now, one team of physicists and biologists has imaged Shewanella oneidensis, a soil bacteria growing nanowires live – they actually caught them in the act.

“What the cell is doing is actually morphing a little bit,” Mohamed El-Naggar, a physicist at the University of Southern California who led the new study, tells Popular Science. “It’s extending its outer membrane in the shape of a long tube.”

Previously, due to the lack of directly observed information, scientists believed that the nanowires were made out of cili – hair-like appendages that are common on single-celled organisms.

“This solves a long-standing mystery about how exactly does the charge move on these structures,” El-Naggar says. Bacterial cell membranes have proteins embedded in them called cytochromes, which—ta-da!—are known to pass electrons to one another. Pili don’t have cytochromes.

But studying this type of bacteria is not just about observing one of nature’s most curious behaviors; one day, the research could lead to the mixing of silicon components to biological ones, creating “cyborg” circuits. After all, if the bacteria can use their own biological matter to send electricity to rocks, they could certainly do the same thing with silicone circuits. Engineers are also trying to incorporate nanowire-making bacteria into fuel cells.

However, there’s still plenty of work to do on both fields – and there is no guarantee that the result would be more efficient than today’s options. But it is efficient for bacteria – and that gives researchers hopes; at the very least, they could learn from this interaction.

“You kind of end up getting the best of both worlds,” El-Naggar says.

Indeed, at the very least, you could create components that fix themselves and replicate themselves (from the bacteria) but still have the precise characteristics of human components