I had no plans whatsoever for this Sunday evening. To be quite honest, I didn’t feel like writing an article as I was enjoying my tea and yogurt cake. But then, I came across this; and I just had to get on it as fast as possible, because this is big news people. The Obama administration has moved to make the results of federally funded research available to the public for free within a year, bowing to public pressure for unfettered access to scholarly articles and other materials produced at taxpayers’ expense. 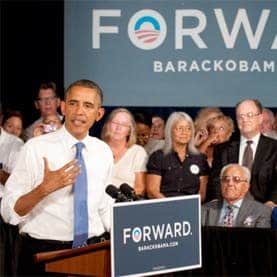 Two points have to be made right off the bat. First of all, this really does seem like common sense and it’s really a shame this wasn’t a thing until now… with some exceptions (this being the second point) – you can never really make all government research public, especially when it comes to military and biology, but even if a chunk of this research becomes public, science in general will definitely have a lot to win.

“Americans should have easy access to the results of research they help support,” John Holdren, the director of the White House Office of Science and Technology Policy, wrote on the White House website.

What’s interesting is that everything started with a petition; really! A 60.000 signatures petition was the little wheel that got the bigger and bigger wheels turning, up until the full mechanism was moving.

“Scientific research supported by the Federal Government catalyzes innovative breakthroughs that drive our economy. The results of that research become the grist for new insights and are assets for progress in areas such as health, energy, the environment, agriculture, and national security.”, the document continued.

Here’s an interesting thing that will happen following this decision. Some science journals (I’m not gonna give out any names, but if you’re in the business, you can think of at least a couple) have been making loads of money from this research, which should have been public in the first place! Why? Well as a researchers, you’re mostly defined by what you publish, and you can only publish in science journals. The only way for people to read your study is to pay money for the journals; if this goes public, you’ll be publishing for free, most likely in open access journals, and this will be a great step towards the debussinesification of science (there’s a term I’ve coined). No statement has been made by any such journal, but they’re probably not having the best time.

Another interesting and saddening thing to note is that this comes  six weeks after the suicide of Internet openness activist Aaron Swartz, who was renowned (among other things) for making a trove of information freely available to the public. Swartz’s problems began in 2011 when he was indicted by a federal grand jury on charges related to allegedly stealing millions of academic articles and journals from a digital archive at the Massachusetts Institute of Technology. He pleaded not guilty on all charges, but the prosecutors went into overkill mode, greatly overreaching and trying as hard as they could to pin him down. They relied on the 1984 U.S. computer fraud law, which was pretty much written before the concept of internet even existed – it’s quite possible that this had a lot to do with the White House decision to make federal scientific research public. 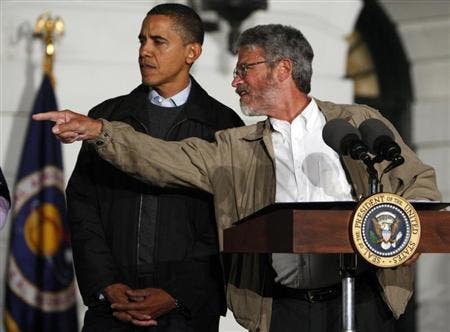 Director John Holdren has directed Federal agencies with more than $100M in R&D expenditures to develop plans to make the published results of federally funded research freely available to the public within one year of publication and requiring researchers to better account for and manage the digital data resulting from federally funded scientific research.

Just to make it clear, Agencies that spend more than $100 M are at least 95% of all R&D spending. Needless to say, this news was hailed from one corner of the world to the other – the only thing that still caused dissatisfaction was the 1 year period which has to pass before the research is made public:

“We are working on the cutting edge of the science. I want to read a new paper NOW, not in 1 year,” Vittorio Saggiomo, a chemist at the University of Groningen in the Netherlands, wrote in an online chat about the announcement.

Indeed, this is quite an important aspect but… one step at a time.