Ancient human settlements have changed the landscape around where they live in such a way that today, 8000 years later, archaeologists can tell if an area was inhabited – using little more than images taken from a satellite. 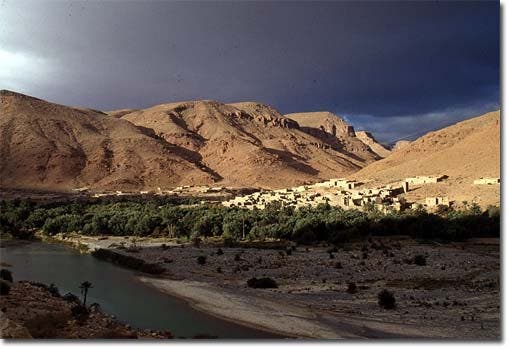 Deep in the Middle East, beyond the impressive mounds of Earth which marked the bigger, known cities of the ancient Arabic times, lurk overlooked networks of small settlements that probably hold vital clue to understanding ancient civilizations. By combining spy-satellite photos obtained in the 1960s with modern multispectral images and digital maps of Earth’s surface, researchers have managed to create a new method of mapping large scale human settlements. The method was used to map approximately 14.000 settlement sites, spanning over a period of 8.000 years, in 23,000 square kilometres of northeastern Syria – and the results were published in the Proceedings of the National Academy of Sciences.

“Traditional archaeology goes straight to the biggest features — the palaces or cities — but we tend to ignore the settlements at the other end of the social spectrum,” says Jason Ur, an archaeologist at Harvard University in Cambridge, Massachusetts, who is co-author of the study. “The people who migrated to cities came from somewhere; we have to put these people back on the map.”

Such comprehensive maps of previously overlooked features promise to uncover long trends in migration and urban activity, which will give valuable information in truly understanding ancient Arabian civilizations – and not only.

“This kind of innovative large-scale application is what remote sensing has been promising archaeology for some years now; it will certainly help us to focus our attention on the big picture,” says Graham Philip, an archaeologist at Durham University, UK.

This method relies on the fact that human activity leaves a certain mark on the soil, creating the so-called anthrosols, which form from a higher levels of organic matter and have a finer texture and lighter appearance than undisturbed soil, which results in certain reflective properties noticeable by satellites. However, to capitalize on these properties, archaeologists had to be helped by Bjoern Menze, a research affiliate in computer science at the Massachusetts Institute of Technology in Cambridge, who used skills from his day job – identifying tumours in clinical images. He ‘trained’ the software to detect the specific wavelengths of known anthrosols, and this approach proved to be the key of the problem.

“You could do this with the naked eye using Google Earth to look for sites, but this method takes the subjectivity out of it by defining spectral characteristics that bounce off of archaeological sites,” says Ur. 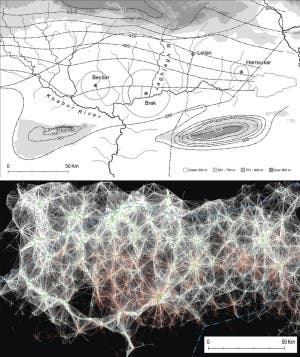 The technique is already redefining a part of what we believed about ancient settlements, renewing speculation about the importance of water to city development. The study found that a large number of sites (even big ones) were located quite far away from rivers or areas of high precipitation.

“The settlement known as Tell Brak, for example, is far too large for what one would expect at such a marginal position,” says Ur. “This is where things get interesting.”

Jennifer Pournelle, a landscape archaeologist from the University of South Carolina in Columbia, agrees:

“These findings validate hypotheses I’ve introduced in southern Iraq — namely that irrigation is an after-effect of urbanization,” she says. “It’s not what enables a city to develop; it’s what keeps them going after soil moisture dries up.”

Pournelle says she hopes to apply the method on an even larger scale, in an attempt to decipher how these inhabited areas worked, especially when they are remote, far away from water, or difficult to access because of local conflicts.