Robot passes the Turing Test for the first time in history

by Mihai Andrei
in News, Robotics
Reading Time: 3 mins read
A A
Share on FacebookShare on TwitterSubmit to Reddit

The 65 year-old iconic Turing Test was passed for the very first time by a supercomputer program named Eugene Goostman. Eugene managed to convince 33% of the human judges that it too was human. 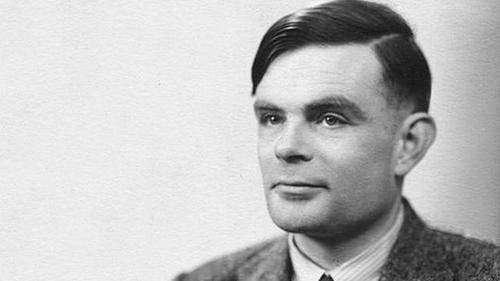 The Turing test is a test of a machine’s ability to exhibit intelligent behaviour equivalent to, or indistinguishable from, that of a human (via Wikipedia). In this test, a human judge engages in natural language conversations with a human and a machine. If the judge can’t tell which is the human and which is the program, the machine passes the test. The test itself doesn’t check the robot’s ability to give straight or correct answers, but rather its human-like behavior.

The test was introduced by Alan Turing in his 1950 paper “Computing Machinery and Intelligence,” which opens with the words:

“I propose to consider the question, ‘Can machines think?'” Because “thinking” is difficult to define, Turing chooses to “replace the question by another, which is closely related to it and is expressed in relatively unambiguous words.”

Turing, who was a genious way ahead of his time, believed that sooner or later his test would be passed, but he was a bit off. He estimated that in the year 2000, machines with around 100 MB of storage would be able to fool 30% of human judges in a five-minute test. Futurist Ray Kurzweil estimated in 1990 that a machine will pass it by 2020, but in 2005, he changed the date to 2029. He even made a bet with Mitch Kapor about when the Turing test will be passed – but nobody was expecting it to happen so soon. 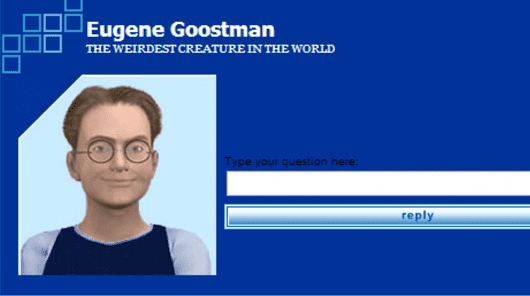 Eugene is a computer programme that simulates a 13 year old boy, developed in Saint Petersburg by Vladimir Veselov, who was born in Russia and now lives in the United States, and Ukrainian born Eugene Demchenko who now lives in Russia. Eugene managed to pass the test and convince 33% of the judges that he is human in a 5 minute chat discussion (a score of 30% is needed to pass the test). The event was organized by the University’s School of Systems Engineering in partnership with RoboLaw, an EU-funded organisation focused on the development of robotics. Professor Kevin Warwick, a Visiting Professor at the University of Reading and Deputy Vice-Chancellor for Research at Coventry University, said:

“In the field of Artificial Intelligence there is no more iconic and controversial milestone than the Turing Test, when a computer convinces a sufficient number of interrogators into believing that it is not a machine but rather is a human. It is fitting that such an important landmark has been reached at the Royal Society in London, the home of British Science and the scene of many great advances in human understanding over the centuries. This milestone will go down in history as one of the most exciting.”

Still, there are of course some contradictory discussions about this achievement. Some claim that the program’s task was eased by the fact that it mimics a 13 year old boy from Odessa – which can’t be expected to have the same level of knowledge as a grown man, and can be excused for small grammar errors. Veselov stated:

“Eugene was ‘born’ in 2001. Our main idea was that he can claim that he knows anything, but his age also makes it perfectly reasonable that he doesn’t know everything. We spent a lot of time developing a character with a believable personality. This year we improved the ‘dialog controller’ which makes the conversation far more human-like when compared to programs that just answer questions. Going forward we plan to make Eugene smarter and continue working on improving what we refer to as ‘conversation logic’.”