Artificial brain teaches itself how to count objects like animals do

by Mihai Andrei
in Robotics
Reading Time: 2 mins read
A A
Share on FacebookShare on TwitterSubmit to Reddit

An artificial brain has taught itself how to estimate the number of objects in an image without actually counting them, showcasing abilities displayed by many animals, as well as humans.

Due to the fact that the model wasn’t preprogrammed with numerical abilities (it can’t count), it is believed that this skill emerged as a result of a general learning process, instead of a number-specific mechanism. 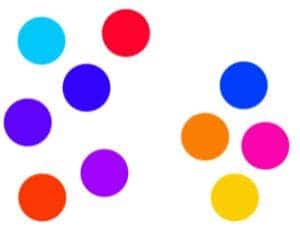 “It answers the question of how numerosity emerges without teaching anything about numbers in the first place,” says Marco Zorzi at the University of Padua in Italy, who led the work.

The study has its most direct application in understanding and perhaps even treating dyscalculia – a condition in which people are unable (or find it extremely difficult) to do even the simplest of arithmetical tasks, and it could also help in robotics and the general programming of AI.

The skill in case is called ‘approximate number sense’, and it’s quite simple to estimate how good this sense is: all you have to do is take a look at two groups of dots on a page and estimate which one has more dots. Fish use this to hide in bigger groups, lions use it to hunt.

To investigate ANS in the neural network, researchers made it respond to images and generate new ones, based on rules it picks up from previous images. The software practically simulates retina-like layer of neurons that fire in response to the raw pixels which do some more sophisticated processing based on signals from the layer above.

They fed the AI 51,800 images, each containing up to 32 rectangles of different sizes and the program strengthened or weakened some connection between its neurons, so that the general pattern would be refined by what it just saw – basically, it would learn how to visualize what it just saw.

Infants demonstrate ANS without being taught, so the network was not programmed to understand the notion of ‘amount’; but when they analyzed how the neural network was working, they discovered a subset of neurons in the deepest layer that fired more often as the number of objects in the image decreased. This suggest the AI found a way to estimate the objects in each image, independent of the surface area of the objects.