Introducing: The Journal of Proposals, Ideas, Data, and More

There are so many scientific journals out there, it's almost impossible for a newcomer to draw attention; but this one does. Research Ideas and Outcomes, or RIO is not only a new journal, it's a new type of journal: it will not only publish articles, but also proposals, experimental designs, data and software. They're open access and cover "research from all stages of the research cycle", according to a press release they've released.

There are so many scientific journals out there, it’s almost impossible for a newcomer to draw attention; but this one does. Research Ideas and Outcomes, or RIO is not just a new journal, it’s a new type of journal: it will not only publish articles, but also proposals, experimental designs, data and software. They’re open access and cover “research from all stages of the research cycle”, according to a press release they’ve released.

“The new journal represents a paradigm shift in academic publishing: for the first time, RIO will publish research from all stages of the research cycle, across a broad suite of disciplines, from humanities to science,” the press release reads.

Academic journals are at the very core of modern science, but recently, they’ve been receiving more and more flak, and for good reasons – but that’s another discussion. The thing is, journals publish studies after the work is done; this sounds very logical, but there’s a problem with that: what if your study turns out to be a negative? For example, if you’re trying to study the effects of X drug on Y disease and it turns out to be negative, then you’ll likely find it impossible to publish your research anywhere, even though it’s perfectly valid and useful science. RIO will publish ideas and outputs from all stages of the research cycle: proposals, experimental designs, data, software, research articles, project reports, policy briefs, project management plans and more. Personally, I agree with them – this is a game changer.

“I’m proud to pioneer the first journal which can publish research from all stages of the research process,” said Prof. Lyubomir Penev, Co-Founder of RIO and Pensoft. “For the first time, researchers can get formal publication credit for previously ‘hidden’ parts of their work like written research proposals. We can publish all outputs in one journal; the same journal – RIO.”

But Research Ideas and Outcomes is about more than just publishing different kinds of submissions, it’s about providing a new approach on science – reducing redundancy and publishing the entire research cycle, as opposed to just the results.

“RIO is not just about different kinds of submissions, though that is a crucial feature and certainly unique for publishing ongoing or even proposed research: it is also about linking those submissions together across the research cycle, about reducing the time from submission to publication, about collaborative authoring and reviewing, about mapping to societal challenges, about technical innovation, about enabling reuse and about giving authors more choice in what features they actually want from the journal.” said Dr. Daniel Mietchen, a founding editor of RIO.

The journal will start accepting manuscripts in November, and I’m really looking forward to reading the first ones – it should really be exciting. But researchers seem to have polarized opinions on this. Kelly Visnak, a scholarly communications librarian at the University of Texas Arlington tweeted: 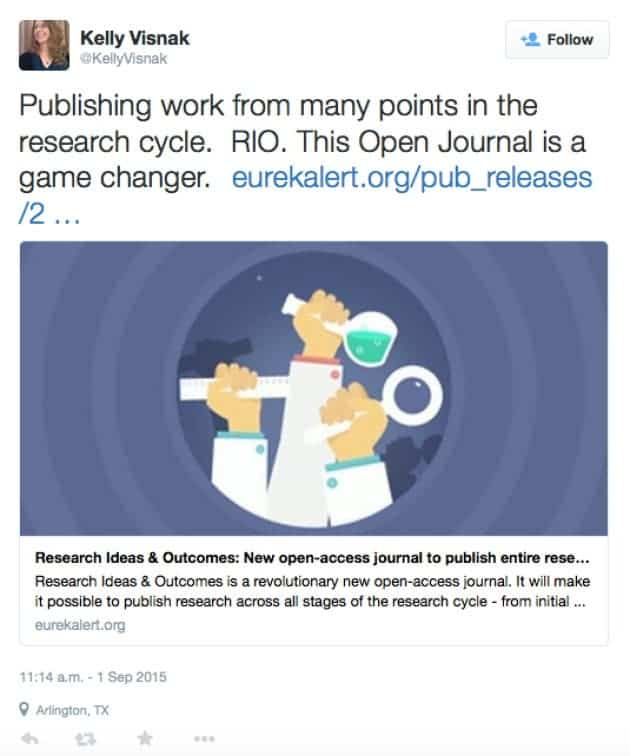 Her feelings were echoed by Stephen Curry, a structural biologist at Imperial College London: 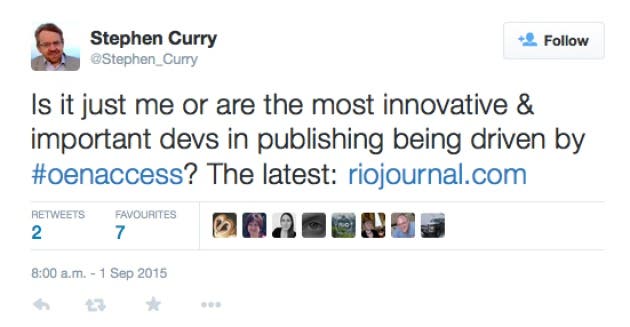 But not everyone was as excited. Jeffrey Beall, a librarian at the University of Colorado Denver and a critic of open-access journals believes that this will allow flawed science to entire the literature.

Ivo Grigorov, a marine scientist at the Technical University of Denmark and a subject editor for RIO, took a more balanced stance, saying that the journal is “far from perfect”, but it offers a way to make all stages of research available, and this is important.

“We shouldn’t dilute the value of rigorous peer review,” he says. “We need to make it a guiding principle.”

As always, we await your opinion in the comment section.